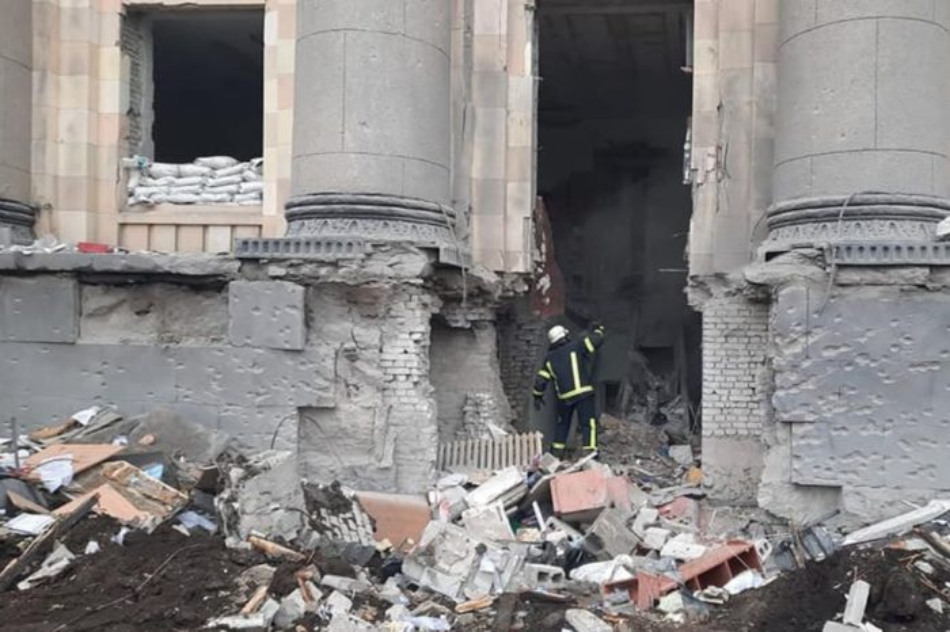 Addressing the last conceptual point to enlighten the reader on the consequences of the war in Ukraine, we must define the impact of this conflict on the strategic companies, existing in each country, throughout the world.

From the outset, it is necessary to clarify that for a company to be strategic, there must be a national development plan in which it is an important part of the achievement of specific objectives, such as the coal and steel in the former USSR. build industrial infrastructure in the thirties of the last century. Similarly, the nationalization of oil companies is strategic when it leads to the construction of megalopolises like Dubai or gigantic investment funds like Norway, Kuwait or Qatar.

A public company that goes directly to financial bankruptcy and ecological and social disaster cannot be strategic, as has happened with companies that the reader is surely already familiar with and which are examples of the fall in our gross domestic product from $400 billion to $50 billion. (8 times less).

This is where the pharmaceutical and semiconductor construction industries have become strategic companies in Europe and the United States, without being in the hands of the state, as has happened since 2015 with the industry space, which left state agencies such as NASA or ESA to private companies such as SpaceX or OneWeb, among others.

There is a change in economic policy, following the war in Ukraine, which responds to a vision of national and global security. This can be seen in the field of energy, where countries which have natural resources, which are not politically favorable to the political interests of the West, will lose customers to countries with higher production costs, but which are more reliable and useful in political terms, putting security above economics.

For this reason, American natural gas, much more expensive than Russian, could end up occupying, with Qatar, the space occupied by Russia, while Norway has the luxury of rejecting this commercial opportunity for ideological reasons. ecological.

The huge semiconductor facilities that are being developed in Sweden and the gigafactories being completed in Germany (Tesla) to change traditional mobility into electromobility, are facts that happen in decades, in the same way that the covid-19 crisis has generated workforce and educational change, from face-to-face to virtual, in much of the world.

Those who are concerned about climate change must understand that the fact that fossil resources are abundant in countries that are unstable and enemies of globalization, forces countries with strong economic development to change technological patterns and to aim to overcome these interrelationships of dependence. so as not to have to repeat the situation in Europe with Russia due to dependence on raw materials.

A very notable case of this dependence is the case of major agricultural powers such as Argentina and Brazil, which are at serious risk of suffering a collapse in their exports due to their dependence on imported fertilizers from Russia, generating a world food crisis, which will force many Ministries of Agriculture around the world to create reserves or stocks of the said products or to seek other, more politically reliable suppliers.

In a complex industrial activity, the whole process can be stopped due to the failure of a single component of the final product, as some countries have discovered which have nationalized companies, which have become cemeteries of iron and cement, due to the lack of vital components produced. In other countries. , sometimes carried out exclusively for the multinational which was the object of the expropriation and which now blocks the supply due to legal requirements, the reader will understand what cases are involved.

Projects such as the International Space Station (ISS) carried out between many countries with advanced technologies, regardless of political differences, will no longer be possible in light of the experiences gained during the conflict with Russia.

The document recently approved in Brussels, seat of the European Union, called Strategic Compass, marked the Russian Federation as the central adversary of Western Europe, with political and economic arguments, which tomorrow can be applied to other other countries in Asia or America, if there is room, the central argument for the defense of human rights, the rule of law and democracy as filters to regulate economic relations.

This new economic development strategy that will be applied in Europe and the United States, seeking a quantum leap in terms of energy schemes that preserve the environment in the medium and long term, assuming in the short term an increase in fossil fuels with reliable allies , itself has two threats:

As can be deduced from the above, the governments of Latin America, Africa and Asia must be very careful in their politico-ideological language, because any threat to the world economy, taking advantage of their dominant position in a particular commodity, may receive a backlash from so-called first world consuming countries.

Countries like China, India, Brazil, Pakistan, Mexico, Argentina, Iran, Venezuela, among others, which have governments that live on a political discourse against Europe and the United States, must carefully consider this economic and financial war against Russia, which will leave proven expertise worldwide and mechanisms that can very well be used with any of them.

This is very important for countries like the United Arab Emirates, which has a large number of European and American investors and owners in the magnificent city of Dubai, which must be surprised by the international behavior of this country in the war between Ukraine and Russia. Likewise, the position of Iran and Syria chained him to the fate of Putin’s government, since a change in it, if it lost the war, would lead to Russia’s military withdrawal of many its international allies with the political and military means imaginable. consequences.

In the case of Venezuela, which has a clear need for financial funds for the reconstruction of its strategic enterprises, it is evident that it is not enough to free imports, foreign exchange flows and even remittances. The national government, despite what the extremist factors within it think, will have to abandon its political discourse, just as it abandoned its economic discourse, having spent hundreds of billions of US dollars on national development plans, ranging from Simón Bolívar National Plan in 2007, to the current Plan de la Patria which covers a period up to 2025.

If you think I’m exaggerating, note the following:

No one remembers the DolarToday web portal that won the economic war and ended up being this currency the main factor in the daily life of ordinary Venezuelans.

Likewise, the return of the Sambil shopping center to the city of Caracas ended up being the humiliating defeat of the policy of expropriation, demonstrating the government’s inability to create lasting institutions over time, and this is only one matter of time, until they finish handing over many more public facilities and enterprises to the private sector.

These measures, which are the key to the economic recovery of 2021 (7.1%) and 2022 (20%) in the GDP growth indicators, giving more strength and influence to the sectors of activity within the PSUV , suggest that the themselves, including a large number of mayors, governors, deputies and councilors around the world, make protecting the economy a priority far above ideological questions, geopolitical confrontation or debts history of an imperialist country.

Needless to say, the global persecution against the so-called “Russian oligarchs” is a very important stimulus to guide the behavior of all businessmen and politicians around the world, on the consequences that can result from maintaining a behavior obsessive against capitalism, globalization and Western Culture. The spectacle of the loss of yachts, planes and mansions, as well as bank accounts, will no doubt not be forgotten by many Latin American and African politicians, who have many assets of their personal fortune apart from their native country.

Hoping that the reader has reflected on the points of the last 3 weeks, it is now possible to detail, in much more depth, the coming political, economic and even cultural changes that may be generated after the Russian invasion of Ukraine.

Independent journalism needs the support of its readers to keep going and make sure the uncomfortable news they don’t want you to read stays within your reach. Today, with your support, we will continue to work hard for censorship-free journalism!