As Italy crumble, the harrowing night of the European qualifiers brings Gareth Bale back to center stage on a football pitch, Portugal advance in pain and Sweden finish off the Czech Republic in injury time. 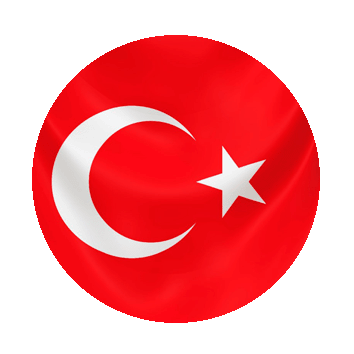 Bale became a national hero in Cardiff with his double against Austria (2-1). A masterpiece of striking, dry, strong, the free kick which opened the scoring sent the ball up and down with violence and precision directly into the top corner. He widened the gap early in the second half and Sabitzer reduced it in the 65th minute, but that was it. Their rivals in the final for a World Cup place in Qatar will be Scotland or Ukraine, whose semi-final was postponed after the invasion of Ukraine. Wales have not participated in a World Cup since 1958. The challenge for the British team is taking on historic proportions.

The Russian invasion of Ukraine has also affected another link. With Russia administratively suspended, their play-off rivals Poland went straight to the final against Sweden, who beat the Czech Republic 1-0 in injury time on Thursday thanks to a 110th-minute goal from Quaison. .

With the exception of Didier Deschamps, no coach in Europe has more supplies in his closet than Fernando Santos. The variety and level of means of Portugal allowed the coach to improvise dazzling solutions against Turkey. Without Pepe or Rúben Dias, his starting centre-backs, both injured, the coach delayed Danilo so he could accompany Fonte, and in midfield he got rid of the pivot and gave the team the lead to Moutinho and Bernardo Silva. With no trace of the slender athletes who have historically populated the Portuguese midfield, Santos has doubled down on the sophistication of his bet by adding Bruno Fernandes as a connection and two industrious wingers, Jota and Otavio, with multiple assignments. The first, with less imagination than dynamism, the second with hard work and good speed. Few imagined things faster than Otavio, a skilful interpreter of the game on the sidelines, clear in the midfield and unbalanced in the last quarter.

Otavio da Silva, born in Brazil 27 years ago, international canarinho in the lower categories and nationalized Portuguese, he established himself as a great revelation of the Portugal team. First pushing the 1-0 behind the Bernardo Silva post, then assisting Jota into the 2-0 with a lob that was the culmination of a choral progression that added Bernardo Silva and Moutinho.

Otavio became Bernardo Silva’s best ally in a game Portugal comfortably dominated in all but defensive transitions. When he lost the ball he didn’t always anticipate correctly, deprived of a specialist pivot, and there were disturbing approaches that the centre-backs failed to dismantle with solvency. Through this crack, Turkey slipped into the wall. Overcoming incompetent defences, a messy midfield, thundering shots from Cristiano, Jota and Otavio, the Turks punished Portugal with two lightning strikes. They made it 2-1 after a wall from Ünder which allowed Yilmaz, and they were close to leveling a hopelessly stiff game thanks to the recklessness of Fonte, who committed a penalty on Enes Ünal. The presence of William Carvalho – replacing the dispersed Bruno Fernandes – did not prevent the fright. Yilmaz sent the shot wide.

Turkey have not qualified for a World Cup since their stunning appearance in 2002, when they finished third. Unstable by nature, Turkish footballers displayed their full repertoire of emotional fragility at O ​​Dragao. They allowed themselves to complete the 1-0 without any of their renowned central defenders reacting in time and only with the charge of the comeback – spurred on by the release of the one who has nothing left to lose – they expressed their courageous character. The game then took the somewhat uncontrolled channel that characterizes these situations where each gesture, each pass, each run seems to produce irrevocable consequences. Even João Félix’s entry for Jota in the second half didn’t help Portugal completely dominate the game. Only the goal of Matheus Nunes, in the 94th minute, relieved Fernando Santos, each day more tormented on the wing.