It was not the first time that a refugee camp in Europe had burned down. But nothing so terrible has ever been seen: on the night of September 8-9, 2020, flames destroyed the migrant camp on the Greek island of Lesbos. Shortly before the onset of winter, around 12,000 people were left homeless.

It is assumed that some of the same migrants started the fire, out of desperation. They could no longer bear to live in “hell”, as they called the camp. The Greek authorities were ruthless: four young migrants were arrested and each sentenced to 10 years in prison for arson.

At the same time, the conservative government of Prime Minister Kyriakos Mitsotakis announced a new start in Greek refugee policy. Overcrowded camps, like that of Moria, the “shame of Europe”, had to be closed and new ones had to be built. But as a first step, an emergency camp was set up on Mavrovuni beach, near Mytilene, the capital of Lesbos. There, the refugees from Moria would spend the following months.

But, as the Greek proverb says, nothing lasts longer than something temporary. To this day, the migrants remain in the Mavrovuni camp. The Kara Tepe camp, which offered slightly better living conditions, was closed in April 2021 by order of the Athens government. Instead, a new closed center for several thousand people would be built in the remote mountainous region of Plati. Athens has received millions of euros from the European Union for the construction of modern refugee camps.

Initially, it was said that the Plati camp would be ready in the fall of 2021. But this deadline can no longer be met. Angeliki Dimitriadi, a migration researcher at Athens think tank ELIAMEP, told DW the delay is linked to public dissatisfaction and also bureaucratic hurdles, such as permits to install the electricity grid and running water, construction transport and tenders established by law. in Greece.

According to data from the United Nations High Commissioner for Refugees (UNHCR), some 3,500 migrants currently live on the Greek island of Lesvos. In addition, unaccompanied minors and “vulnerable persons” from Lesvos have been taken in by other European countries, including Germany, under an EU-funded resettlement programme. Thanks to this, there are no longer so many people living in overcrowding on Lesbos, but the basic problems remain, explains Dimitriadi: “People still live in tents, directly by the sea. When it rains, the camp is flooded, and in summer the heat is unbearable.” ”. 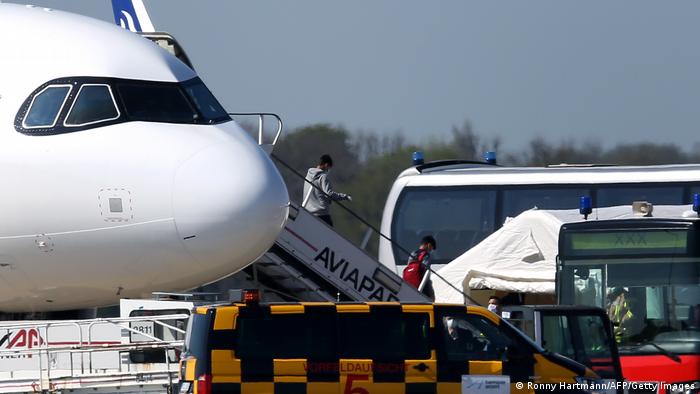 UNHCR spokeswoman Stella Nanou told DW that “since the number of refugees on Lesvos is decreasing anyway, it would be time to move forward with the construction and repair works in the camp of Mavrovuni, so that living conditions for migrants can improve before winter sets in. However, Greek policy has another priority: “effective border control” is its main objective: in early July 2021, Greek Migration Minister Notis Mitarakis explained to Parliament that newcomers to Lesbos and other islands of the eastern Aegean had decreased by 96%. % over the last twelve months. “This government has regained control of the refugee crisis,” said the conservative Mitarakis, also referring to the left-wing Syriza party, which governed until 2019 and criticizes the conservatives for a “naive” policy of opening borders. 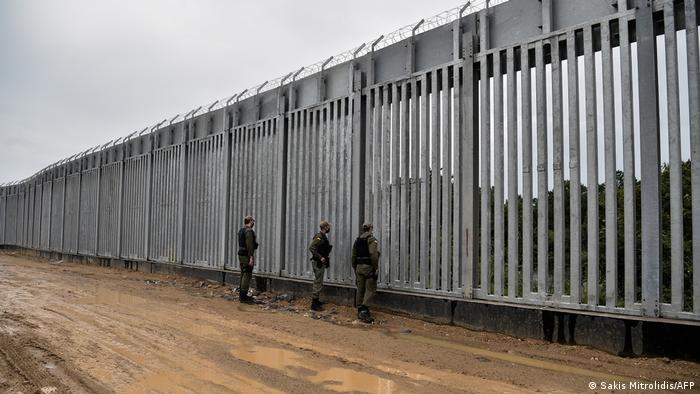 But how do you really regain control of the refugee crisis? Already in June 2017, well before the change of government in Athens, the Editors Journal (Syntakton tone epimeris), on the left, reported illegal rejections of asylum applications by Greek border authorities, the so-called repressions or forced returns. Since then, reports of such practices have multiplied. UNHCR considers these indications to be credible and recommends the Greek government to apply an independent monitoring mechanism.

Athens denies these accusations. Now Brussels is threatening to block the sums of money destined for the Greek coast guard. The researcher Dimitriadis believes that the withdrawal of these sums of money is, in fact, the only means of pressure available to the EU. But he also says that “without the support of Europe, Greece’s tough migration policy would not be possible. In the end, other European countries are happy that the Greeks are taking on this thankless task at the external borders”.