‘Spirited Away’ is the only animated film that managed to get the Oscar for best animated film since the category exists. And despite the importance of these awards, the legendary director Hayao Miyazaki refused to attend the ceremony in protest against the war in Iraq.

The Oscars ceremony usually has its moments of political messages, either in support of minorities and the most disadvantaged groups, or to criticize the current leader. Rare is the year when there is no controversy, although this year criticism of Florida’s “Don’t Say Gay” law and support for Ukraine ended up being overshadowed by El Sopapo.

This year, there were several moments to remember the invasion of Ukraine (including a written message followed by an announcement of cryptocurrencies which left a certain cyberpunk aftertaste to the situation), but well sure it’s not the first time that during the Oscars ceremony there has been a protest against a war. In reality, Hayao Miyazaki had already personally boycotted the gala in 2003 to protest the US invasion of Iraq.

‘Spirited away’ was released in the United States in September 2002 and quickly became a mass phenomenon, a modern classic that won over critics and the box office and earned Miyazaki his first Oscar nomination for animation. On March 23, 2003, the film Studio Ghibli was crowned best animated film of the year, also going down in history as the only animated film to have achieved the statuette so far… But when it was the director’s turn to take the stage for its price, Turns out he was nowhere.

“They asked Miyazaki to come upstairs to accept the award…but the director wasn’t in the room,” the Japan Times reported at the time.

After a few confusing first moments, Ghibli apologized to the Academy saying that Miyazaki was too busy working on his new film. But what really happened is that the director had directly refused to go to the United States by his own principles, because he was very furious with the invasion of Iraq.

“I felt an immense rage”Miyazaki recalled years later in his memoirs. Although initially the producer Toshio Suzuki managed to silence any controversy, but eventually Miyazaki released his own statement on the matter. 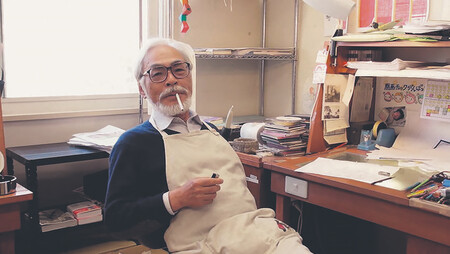 “It is unfortunate that I cannot rejoice with all my heart at this award because of the deeply sad events unfolding in the world,” Miyazaki said. “However, I want to sincerely thank all of my friends who worked so hard to bring ‘Spirited Away’ to the US, and everyone who showed their appreciation for the film.”

The director tried to stay as far away from the press as possible, with Studio Ghibli headquarters constantly surrounded by reporters after winning the Oscar. In the end, Suzuki held a press conference to explain the situation again, even though Miyazaki was absent again.

“I just couldn’t bear that his smiling face was everywhere”, the producer said of Miyazaki, although the reality is that the director refused to make a show of it with the press. Instead, he decided to focus on his next creation, with the war in Iraq being one of the big inspirations for Howl’s Moving Castle.

Miyazaki already didn’t care how it felt beyond Japan, and even went so far as to tell a Japanese newspaper that he did “a very conscious effort to create a film that was not too successful in America”. take base Diana Wynne-Jones bookMiyazaki created a film protesting the war that eventually became one of the studio’s great classics. 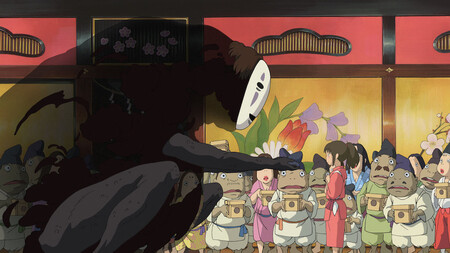 “The world is changing enormously… In these circumstances, you have to produce films that are consistent with the times, films that ask the right questions and give the right answers to the audience, and also give them hope”, Miyazaki said of ‘Howl’s Howl’s Moving Castle. “As you can imagine, it’s a bit pretentious and also a very complicated goal.”

Although Miyazaki wanted to criticize the political position of the United States and his film did not do well, ‘Howl’s Moving Castle’ ended up being a hit in the country. In fact, it earned him his next Oscar nomination in 2006, although he ultimately lost to ‘Wallace and Gromit: The Curse of the Vegetables’.