“Given the unfolding tragedy, for the first time in many years, Meliá Hotels International will not participate in the MITT Moscow 2022 tourism fair.” This was put forward a few days ago by the CEO of the Mallorcan channel, Gabriel Escarrer, who renounced the company’s participation in the event due to the Russian invasion of Ukraine, a decision that also been joined by other entities such as the Cabildo de Tenerife or Turespaña itself. Yesterday began the 28th edition of the Russian tourism fair, which will be held until tomorrow, with a limited presence of international exhibitors: only 17 countries participate in the tourism event compared to the 229 countries and regions that participated in 2019.

Which countries did not align with the international boycott and decided to participate in MITT 2022? Among them are Azerbaijan, Armenia, Belarus, Venezuela, Egypt, India, Kazakhstan, Kyrgyzstan, China, Tajikistan, Thailand, Turkey, Uzbekistan and the Philippineswhile Algeria, Indonesia and Kenya are participating for the first time, according to the organization.

The fair takes place despite the severe economic sanctions imposed on Russia by the international community after its invasion of Ukraine, with the closure of airspace, the full flight of international companies from the country and the resignation of those who had originally planned to leave, like Meliá. Thus, the majority of exhibitors and participants are predominantly Russian.

“The MITT show has been uniting and promoting the tourism industry in Russia for 28 years. Industry leaders and professionals from around the world visit the exhibition to find new connections, explore unique tourism products and build partnerships” , underlines the entity.

On the program of the event, in addition to trends in Russian tourism and discussions on digitization in the sector, current issues will be addressed, such as the boycott of the Russian economy. Thus the article “Russian tourism and sanctions. What should you prepare for?”, opened the forum, analyzing the changes in the socio-economic profile of Russian travelers, tourist preferences, main tourist destinations and fashionable products in the new scenario.

Among the international exhibitors are respectively a German company (the tour operator Paneurasia) and another Tunisian (Novostar Hotels), while Egypt has ten (including the Egyptian Tourism Promotion Board (ETPB), Thailand and Indonesia with eight and Turkey with seven (including the Turkish Promotion and Development Agency), among others, according to the MITT website.

Turespaña canceled a few days ago its participation in the most important tourist fair in the Russian market and all its promotional activity in Russia, following the Russian invasion of Ukraine and Spain’s compliance with the sanctions decreed by the European Union (EU).

“Spain, like the EU, condemns the unjustified and cruel aggression against Ukraine decreed by President Putin and demands the withdrawal of Russian troops from all Ukrainian territory as an essential condition for the lifting of the imposed sanctions, which include, among others, the closure of European airspace to Russian airlines“, he said.

For its part, the Cabildo de Tenerife has suspended the contract with its tourist promotion office in Moscow and all promotional actions, including the island’s participation in the MITT tourism fair in Moscow. 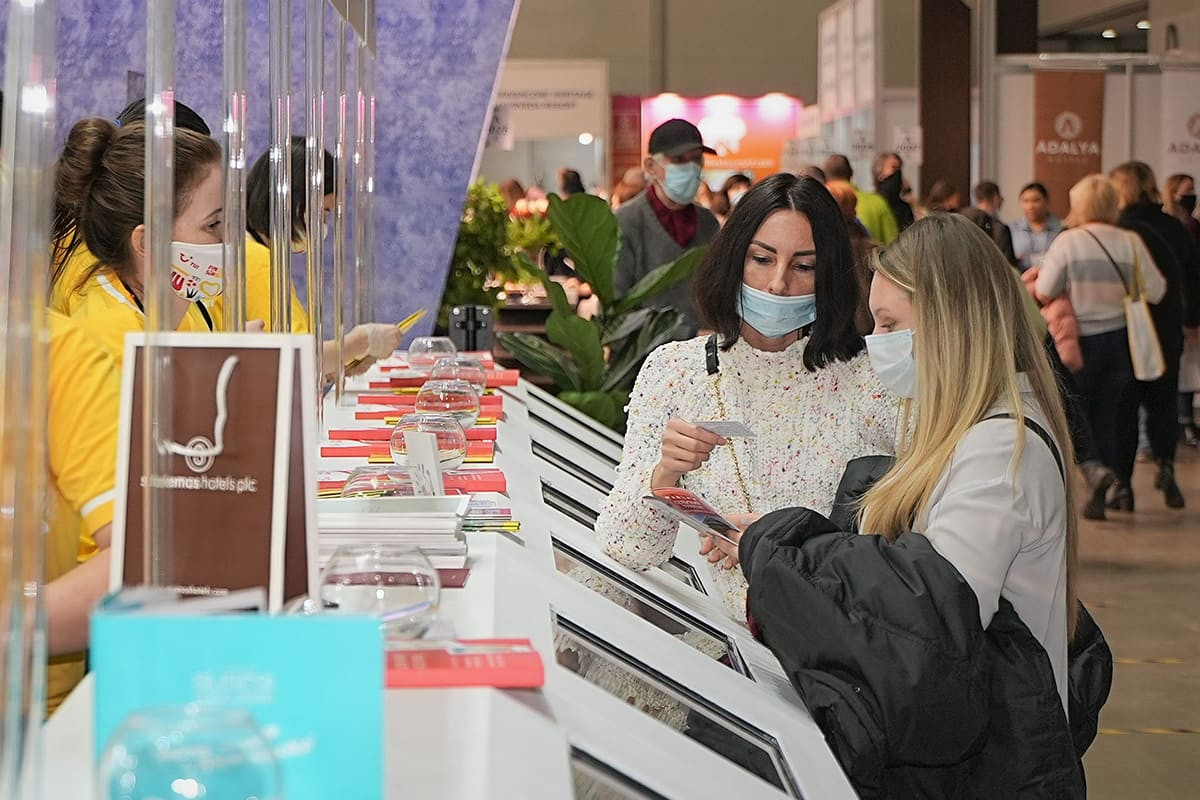 Participants in the tourism fair.

At the previous edition of this international travel and tourism fair, which was held again in 2021, after a one-year hiatus due to COVID-19, 611 exhibitors from 28 countries and 52 regions of Russia attended. participated.

The competition was visited by 10,446 travel industry professionals (tour operators, travel agents and other companies involved in the travel industry, such as airlines, transport companies, hotel representatives and accommodation), coming from 80 Russian regions and other 51 countries.

In 2019, before the pandemic, there were 1,523 exhibitors from 229 countries and regions, and the show was visited by 22,289 industry professionals from 91 countries and 80 Russian regions.

– Meliá, Tenerife… Companies and destinations are removed from the Moscow MITT

– Spain cancels all its promotion in Russia and seeks alternative markets