The President of Ukraine, Volodimir Zelensky, on Wednesday evening asked wider and “really painful” sanctions for Russia in the face of new packages imposed by the United States and the European Union.

“Western countries have announced a new package of sanctions against Russia. New investments are blocked, restrictions are applied against several banks in Russia, personal sanctions are added, as well as other restrictions. This package looks spectacular. But it’s not enoughZelensky said in his speech, according to a statement posted on the official website of the presidency.

Thus, he reiterated that Ukraine will continue “to insist on a total blockade of the Russian banking system”which hinders its movement in international finance, as well as the purchase of hard oil in the western democratic world.

“The embargo on Russian oil supplies will apply anyway. The format will be found. The only question is how many Ukrainian men and women the Russian army will have time to kill, so that you, the politicians – and we know you – can make a small decision somewhere,” he said. 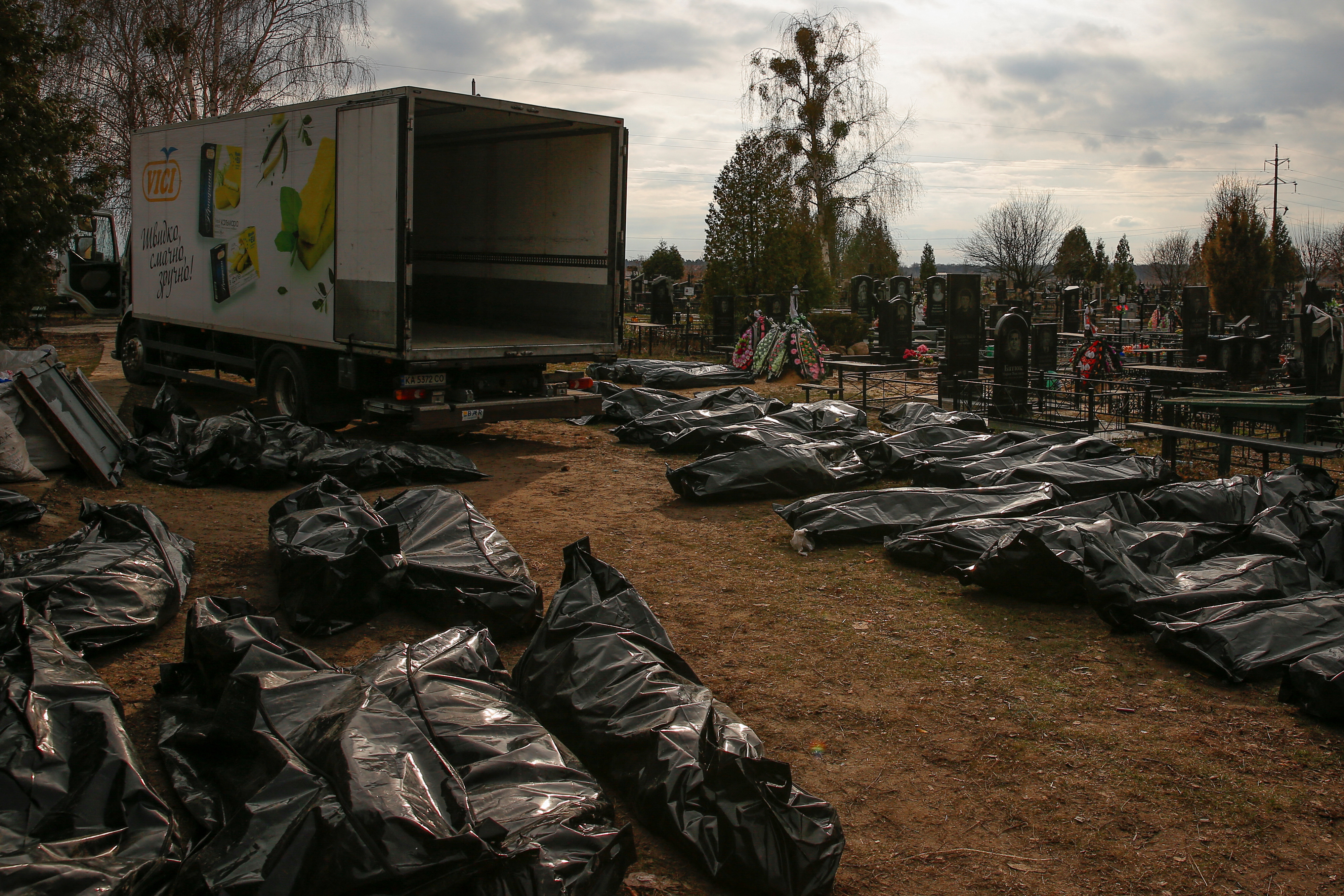 Bodies of civilians, collected from the streets of the local cemetery in the town of Bucha

According to him, “if there is no really painful sanctions package against Russia and if there is no supply of weapons”, which the President of Ukraine stressed that the country needs, this “will be considered by Russia as a permit”. “An authorization to go further,” he added.

“Now is a key moment for these Russian citizens: they must demand – exactly demand – an end to the war. It is better now, by demanding peace, to lose something and somehow face the Russian repressive machinery than to be assimilated with the Nazis for the rest of your life,” Zelensky stressed.

Thus, he pointed to the action of the Russian people and said that “Nazism has no future.” “Mass murder has no future. Anyone in Russia does not demand an end to this shameful war and the withdrawal of Russian troops from Ukraine has no future“, he pointed.

“We have information that Russian troops have changed tactics and they try to remove the dead from the streets and cellars of the occupied territory. the dead ukrainians. It’s just an attempt to hide the evidence and nothing more,” he said. 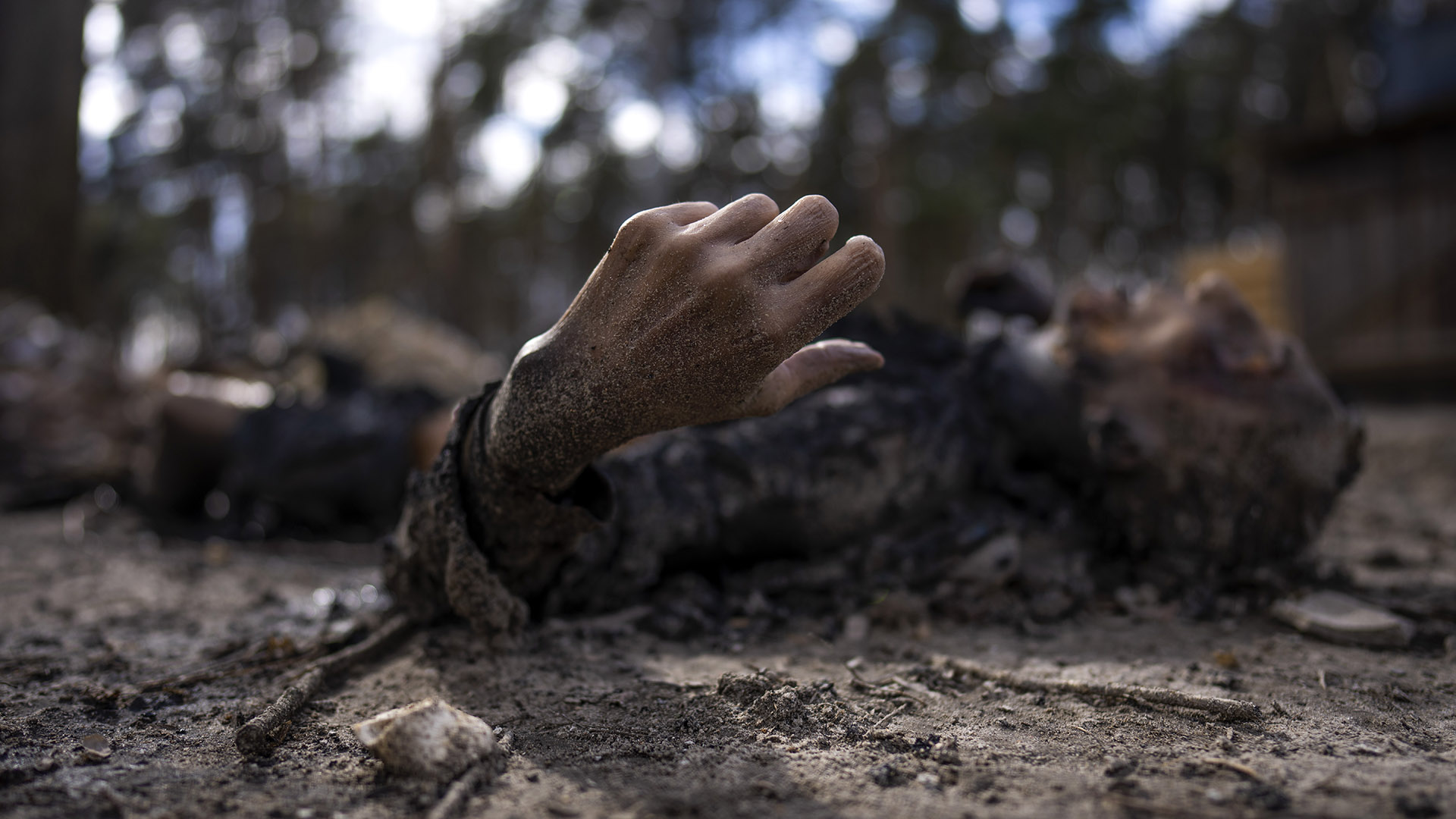 International condemnation of the Bucha massacre

Regarding the recent deaths and disappearances of civilians in different Ukrainian cities, Zelensky stressed that the Ukrainian authorities will find out “all the circumstances concerning the majority of the missing citizens”.

During his speech, the President of Ukraine explained that this Thursday he will address the parliaments and nations of Greece and the Republic of Chile ask for more support from Ukraine.

Thus, the President recalled that he held a meeting with his cabinet of ministers in kyiv. In this regard, the key issues they discussed are the implementation of the state budget and economic activity in Ukraine.

“We must do everything possible to restore the work of national companies, commercial activities and reactivate small and medium-sized enterprises throughout our territory, where it is safe and possible to work,” he said.

He also addressed all the leaders of the regions of the country, where “there is no threat of confrontation”, with the aim of that encourage the safe return of citizens to their homes and revive the country’s economy.

Regarding the invasion of Russian troops, he assured that they continue “to accumulate combat forces to achieve their unhealthy ambitions in Donbass. They are preparing to resume an active offensive.”

(With information from Europe Press)