Last month, after taking the flight to New York that we told you about in the post Review of the Ezeiza flight – New York (USA) with American Airlines last December and spending a whole day in the city, we took a flight to the city of Miami as an intermediate stopover towards our final destination at Cancun airport.

This flight was the second part of the full flight which was in Miami. We got up very early and left our hotel with the free transfer they had for JFK.

We tell you all the details of the flight.

How do we issue the ticket?

As we told you, we issue it using miles from American Airlines’ own travel program. In August 2021 we had to purchase miles for a relief flight and as we ended up canceling it the miles remained for the future. We use 20,000 miles per passenger for the Buenos Aires – New York – Miami routes, which is a good price for this route.

We leave our luggage when checking in at the airport. Then in Miami we had to pick them up and send them back to Cancun because we had different reservations. 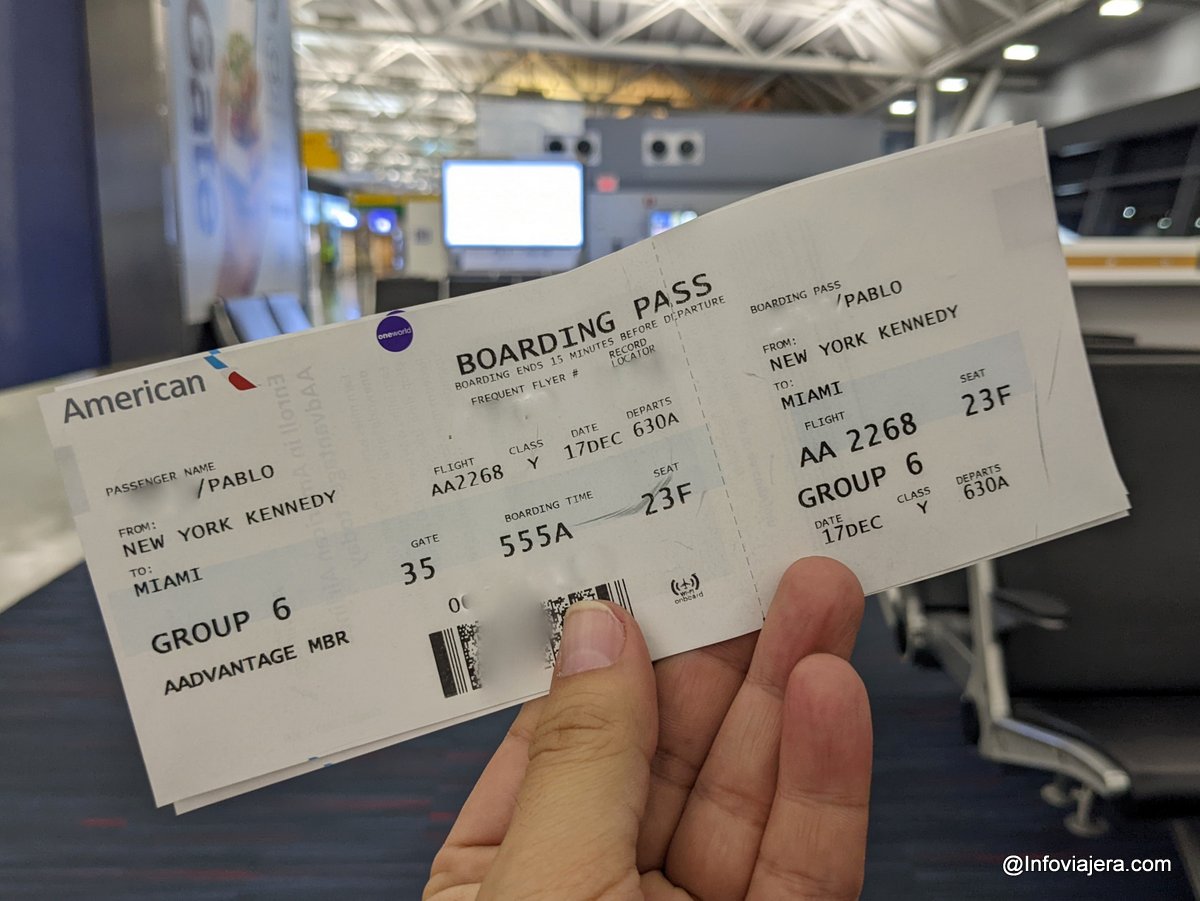 How to get to the airport

We went in the free transfer provided by the hotels that are in the area. After that, we rode the train to our terminal where we shipped luggage and went through security. 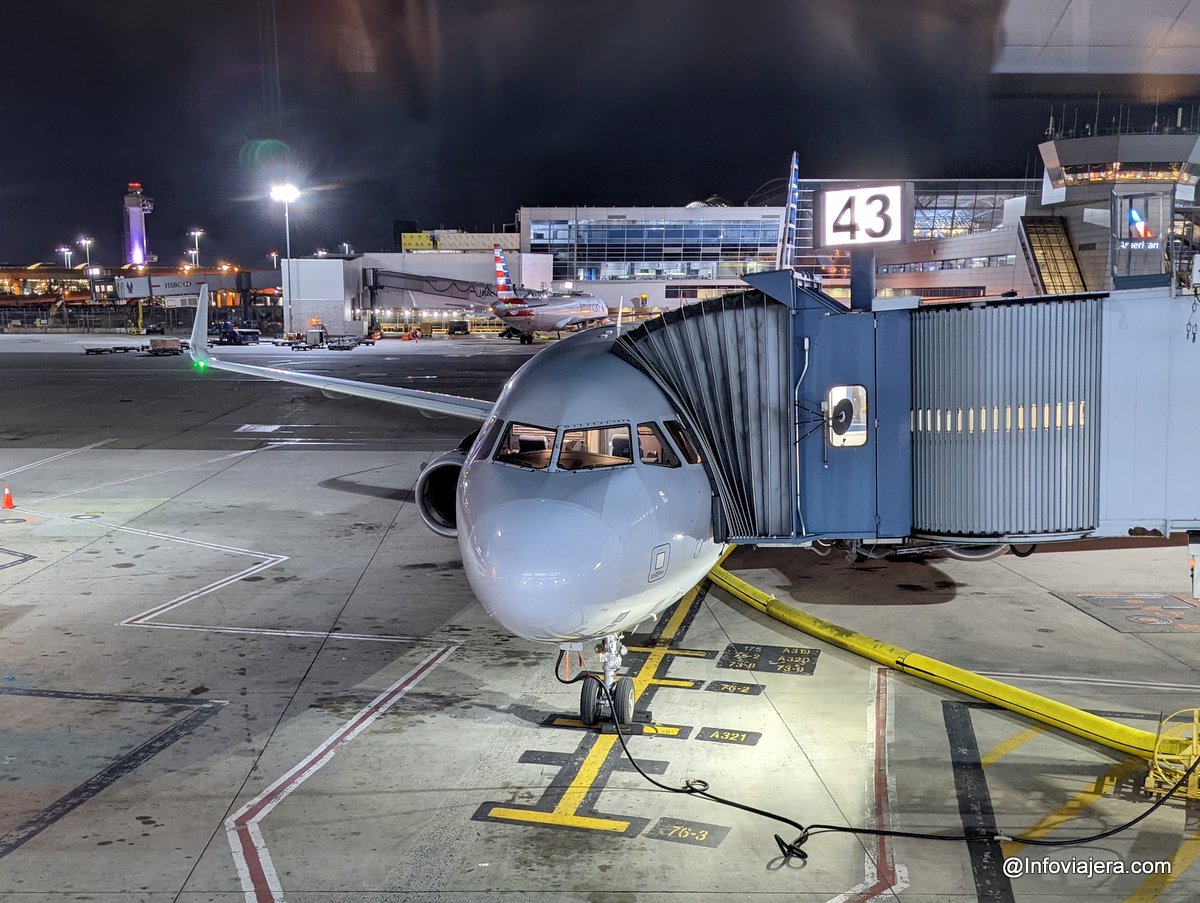 For domestic flights, they didn’t ask us for anything other than our passport as proof. No test or vaccine is required.

We waited in the terminal to exit again to the boarding area as it was very early. The airport offered free internet service and there were also plenty of outlets for your electronic devices. 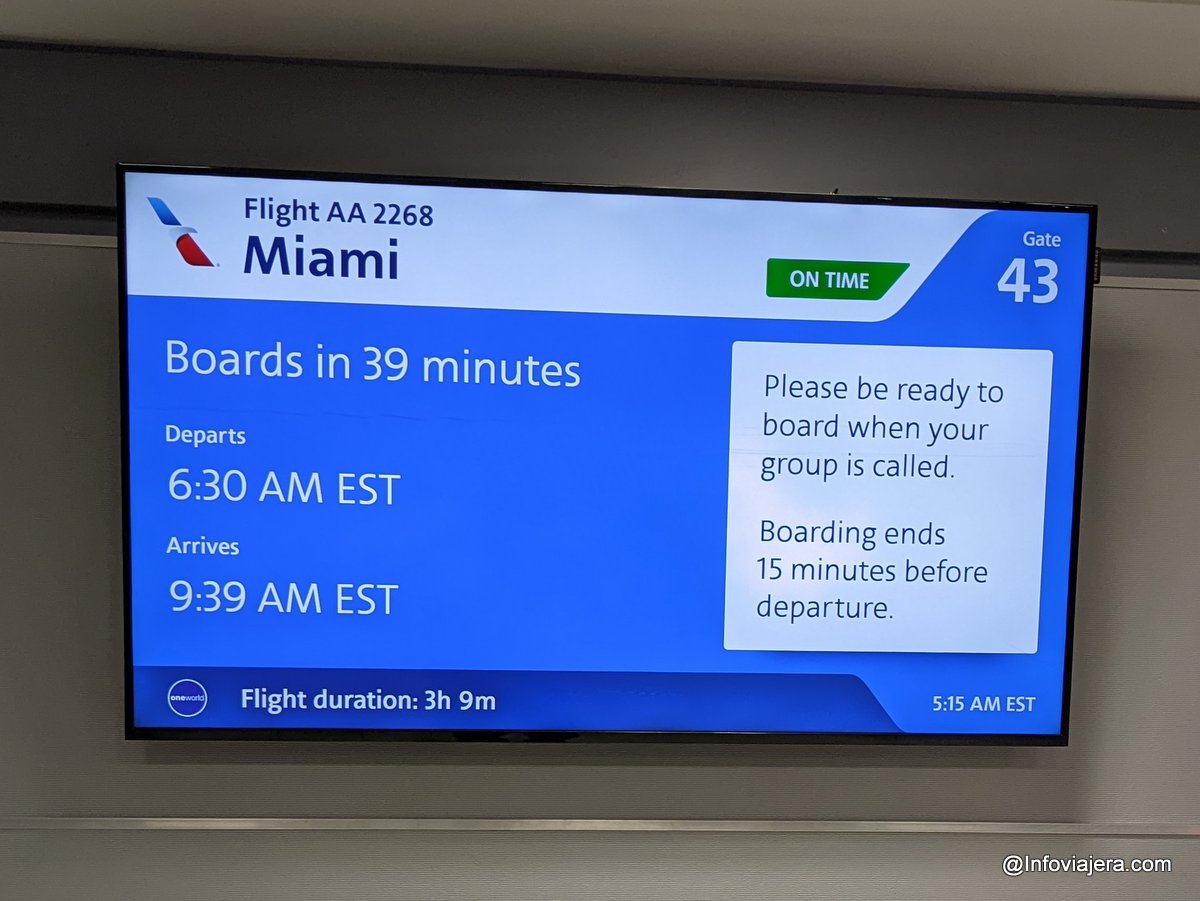 At that time, the restaurant offering the Priority Pass in this terminal was closed.

Boarding the plane was done by manga. As always it was a little messy, but fast being a relatively small plane. 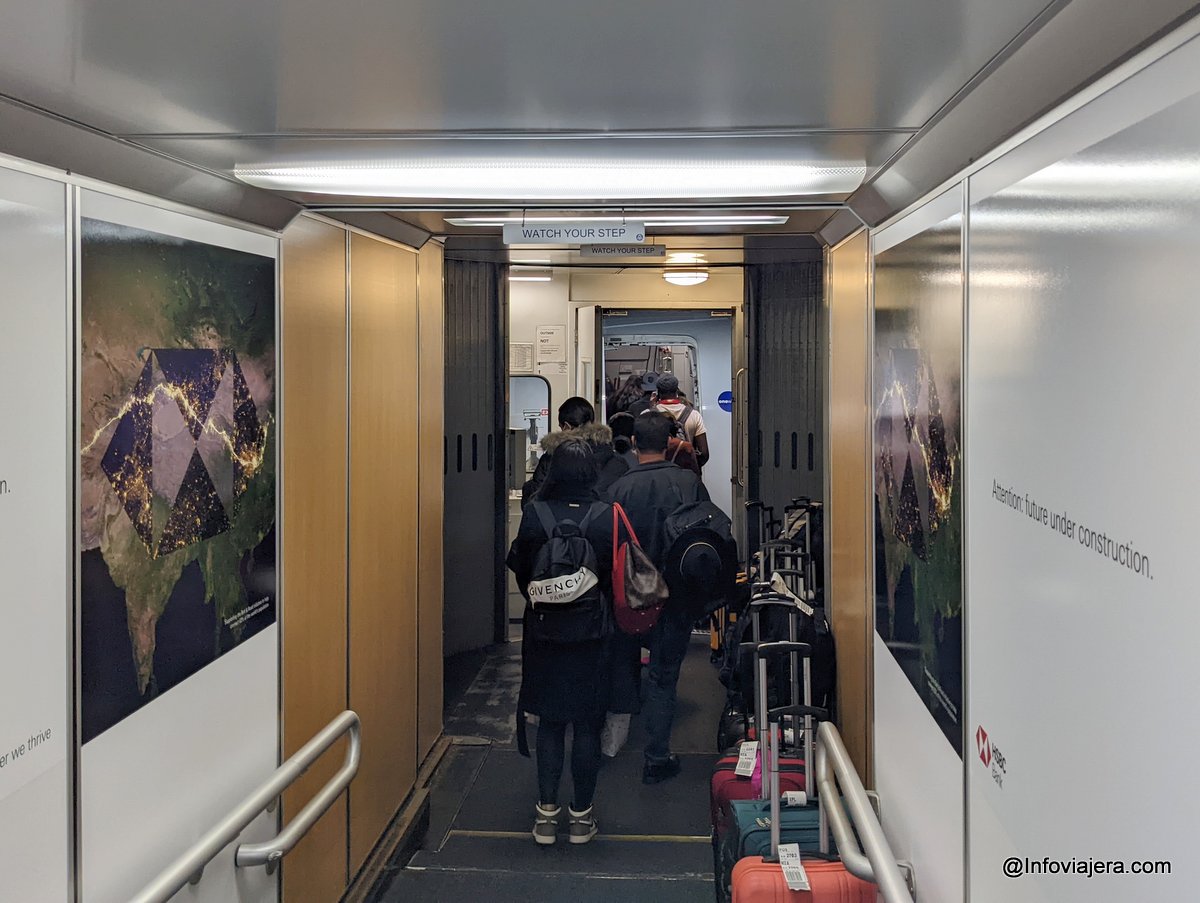 We fly on the Airbus 321 used by American Airlines to cover short and medium distances. The plane was fairly new and had a configuration of 16 seats in first class, 15 in the additional main cabin and 156 in economy class. 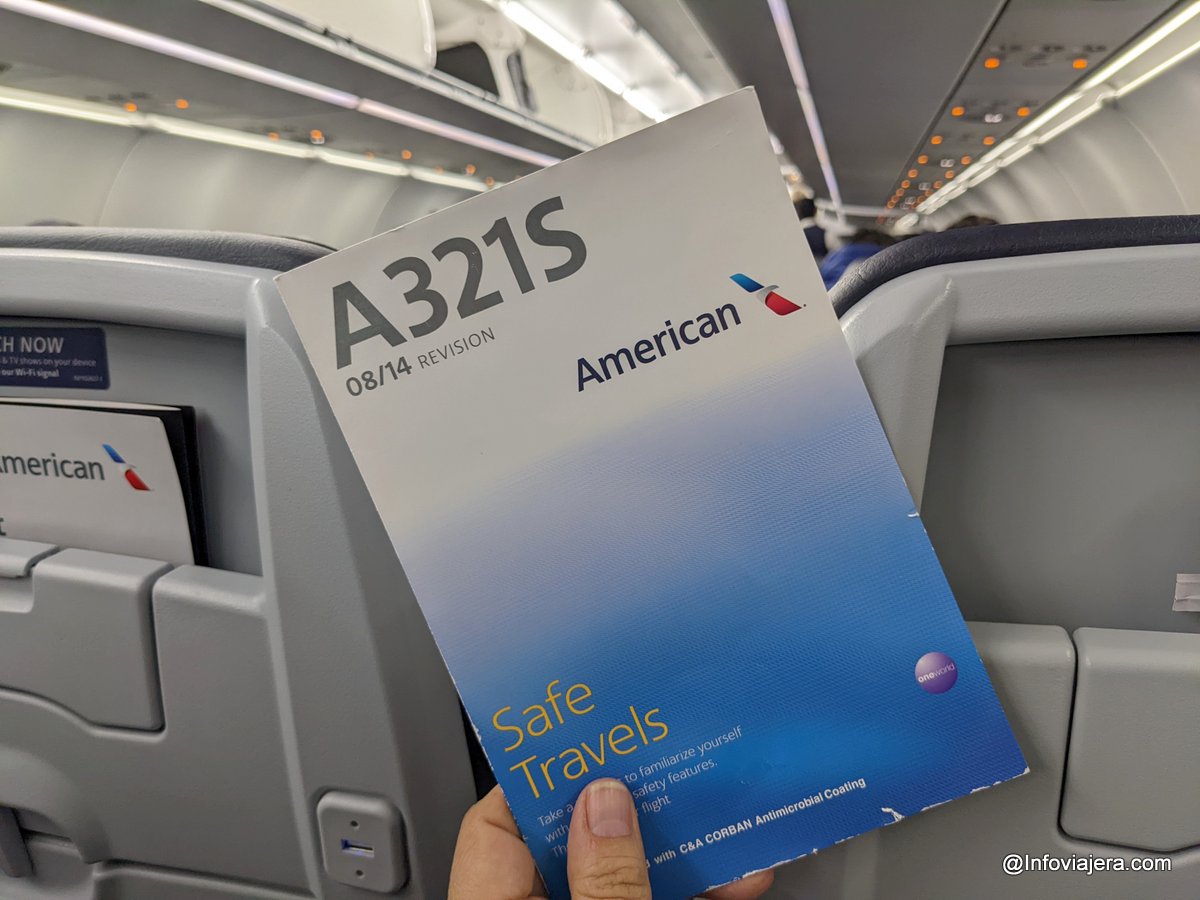 We fly in the common cabin. The space was good and the seats were comfortable for the trip we were going to take. 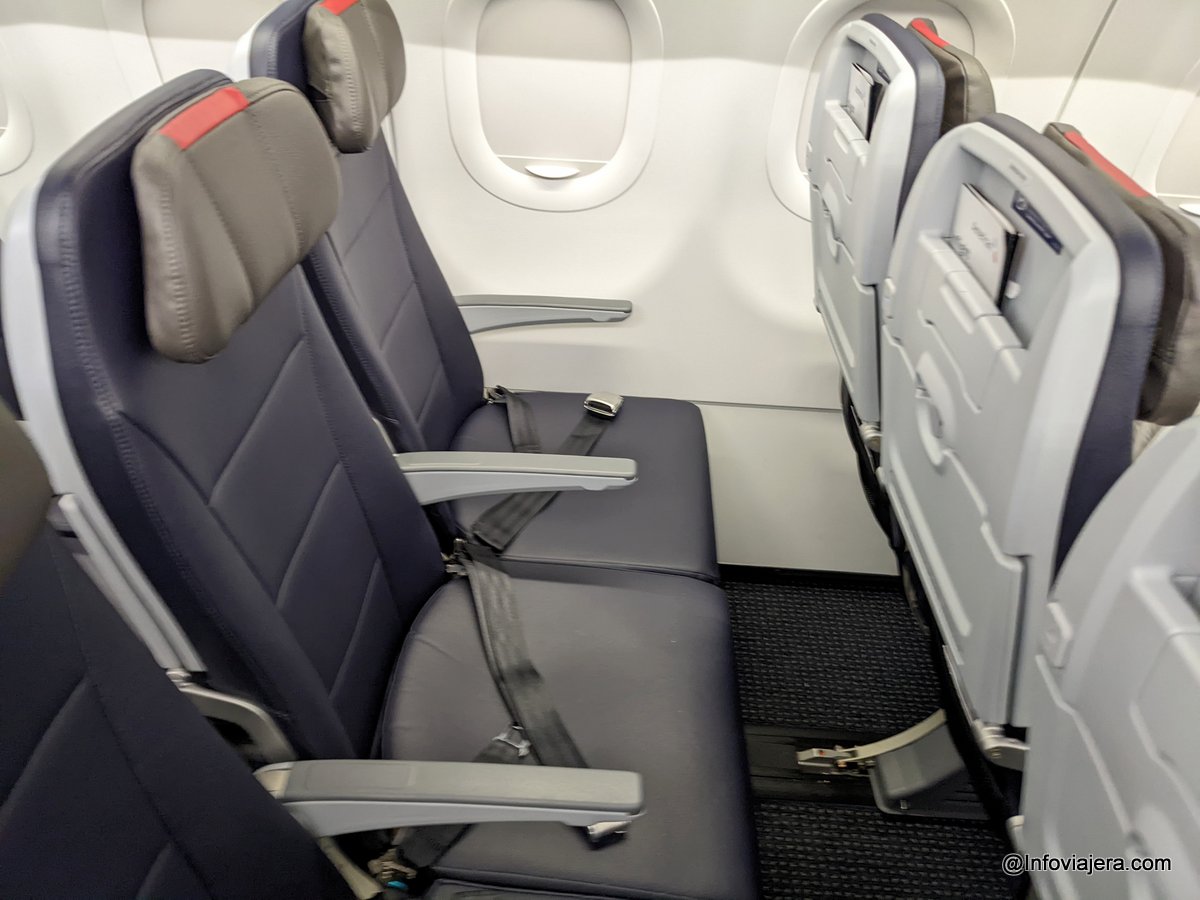 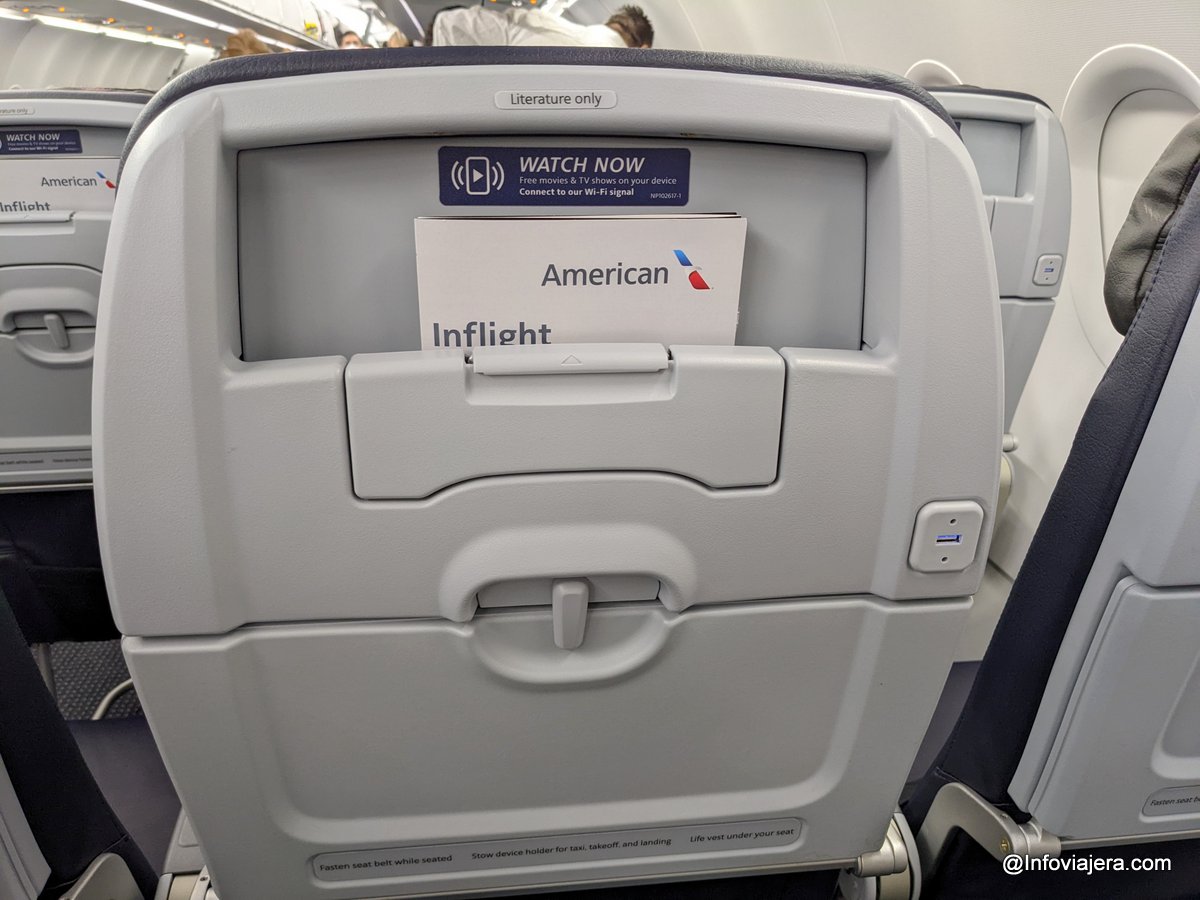 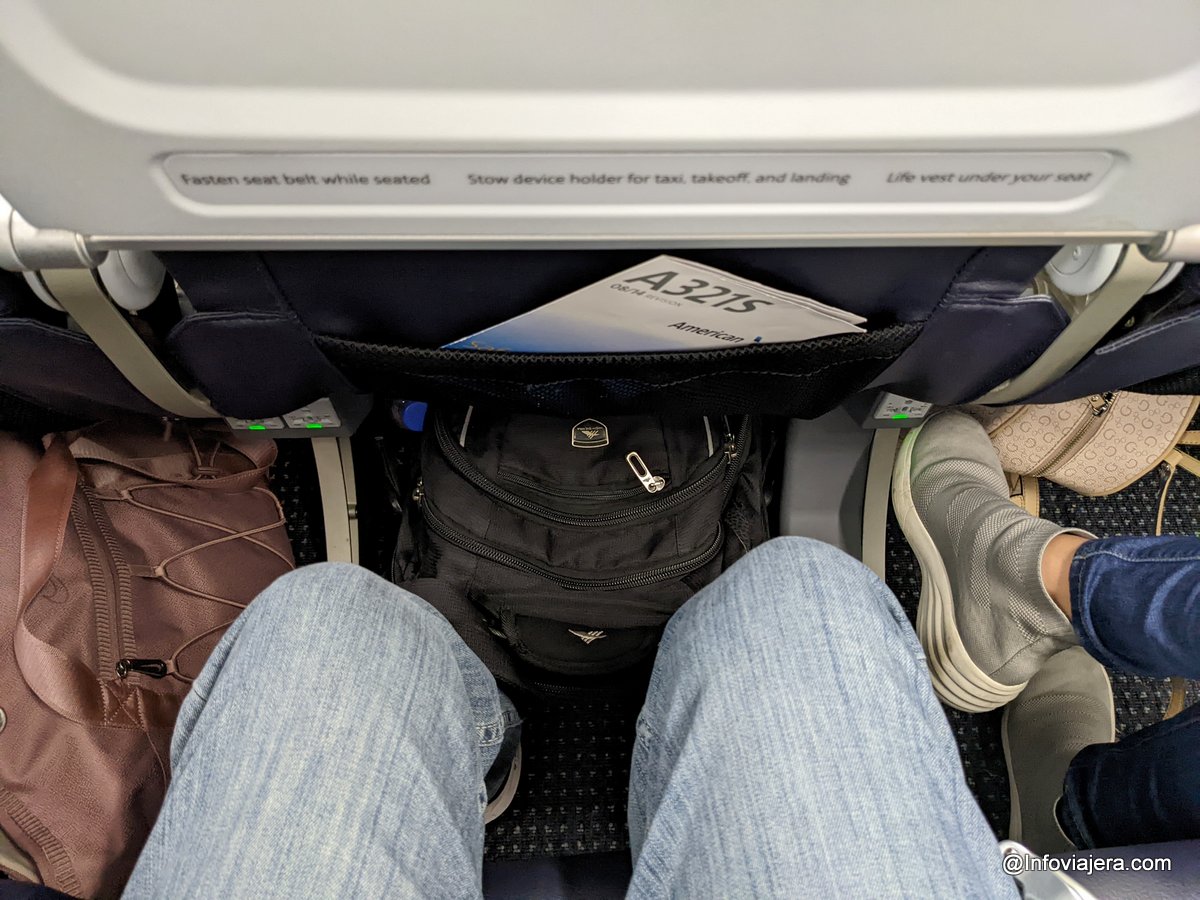 They had USB sockets and common sockets.

The toilets on these planes are really, really small. 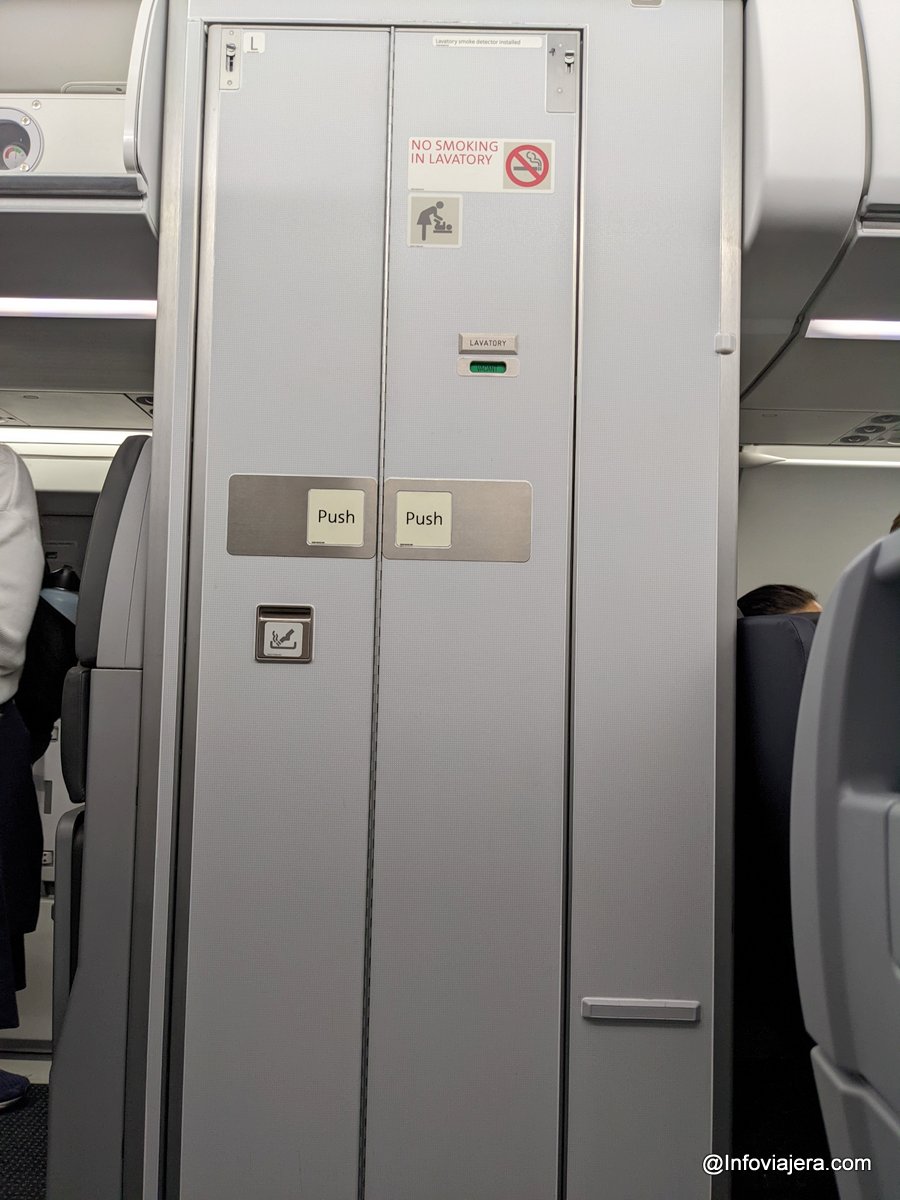 They served complimentary refreshment, along with some snacks. We only ordered a cup of coffee. 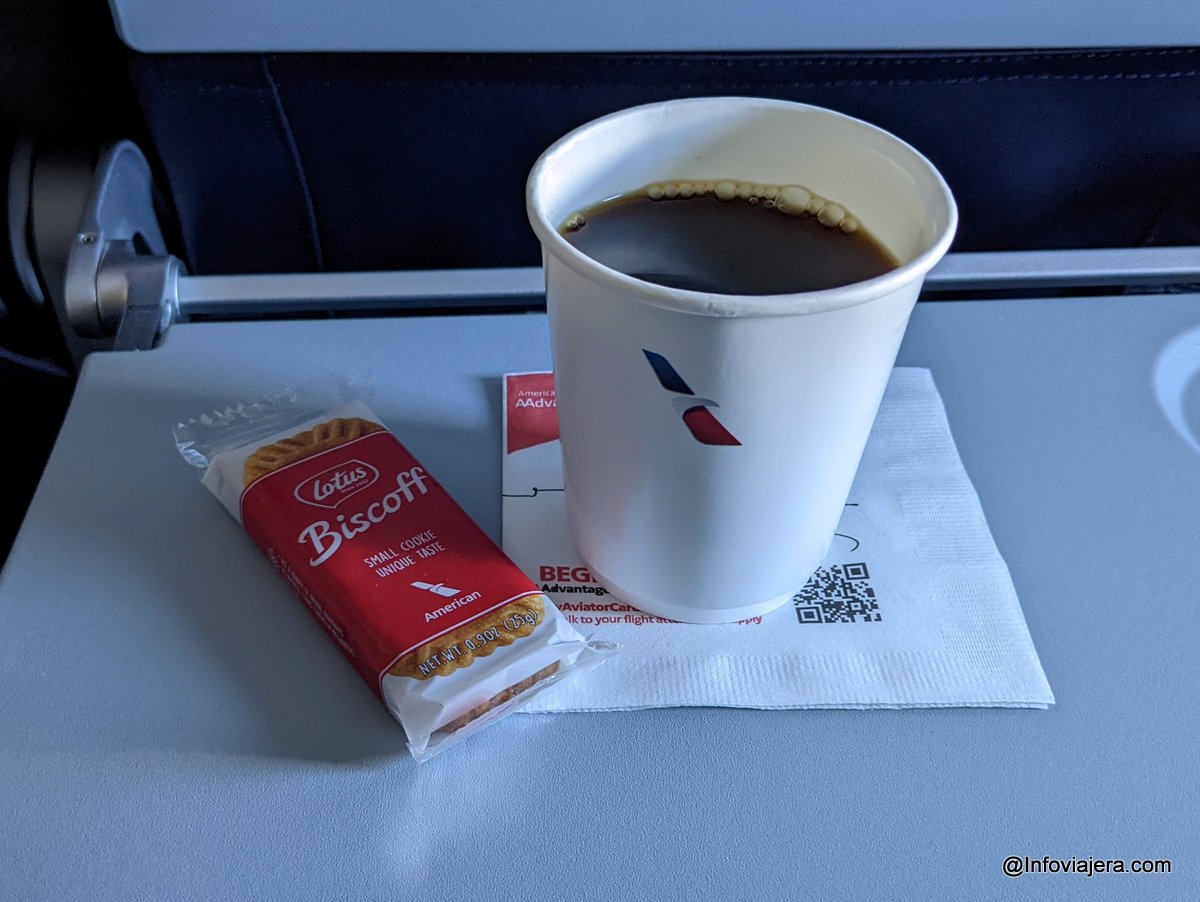 The flight crew again listened to the needs of the passengers. 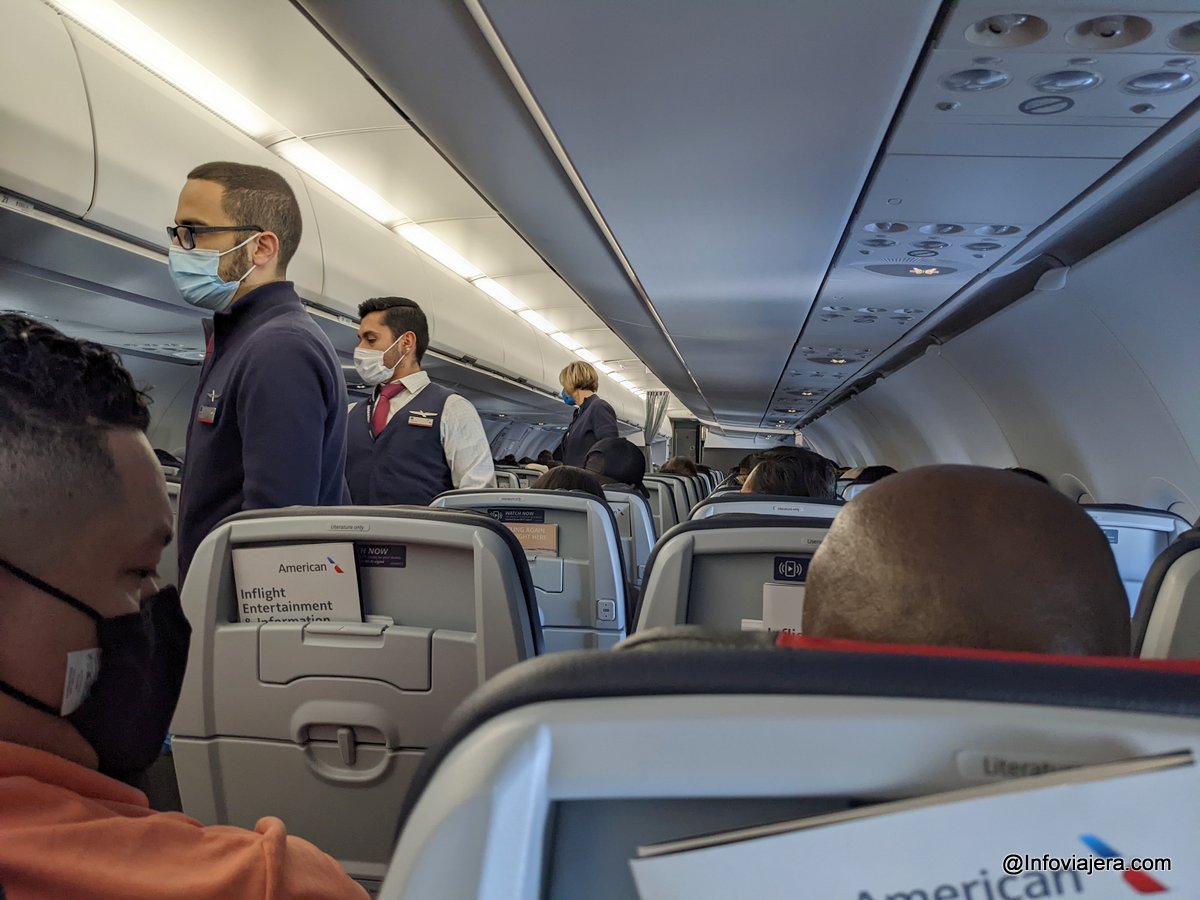 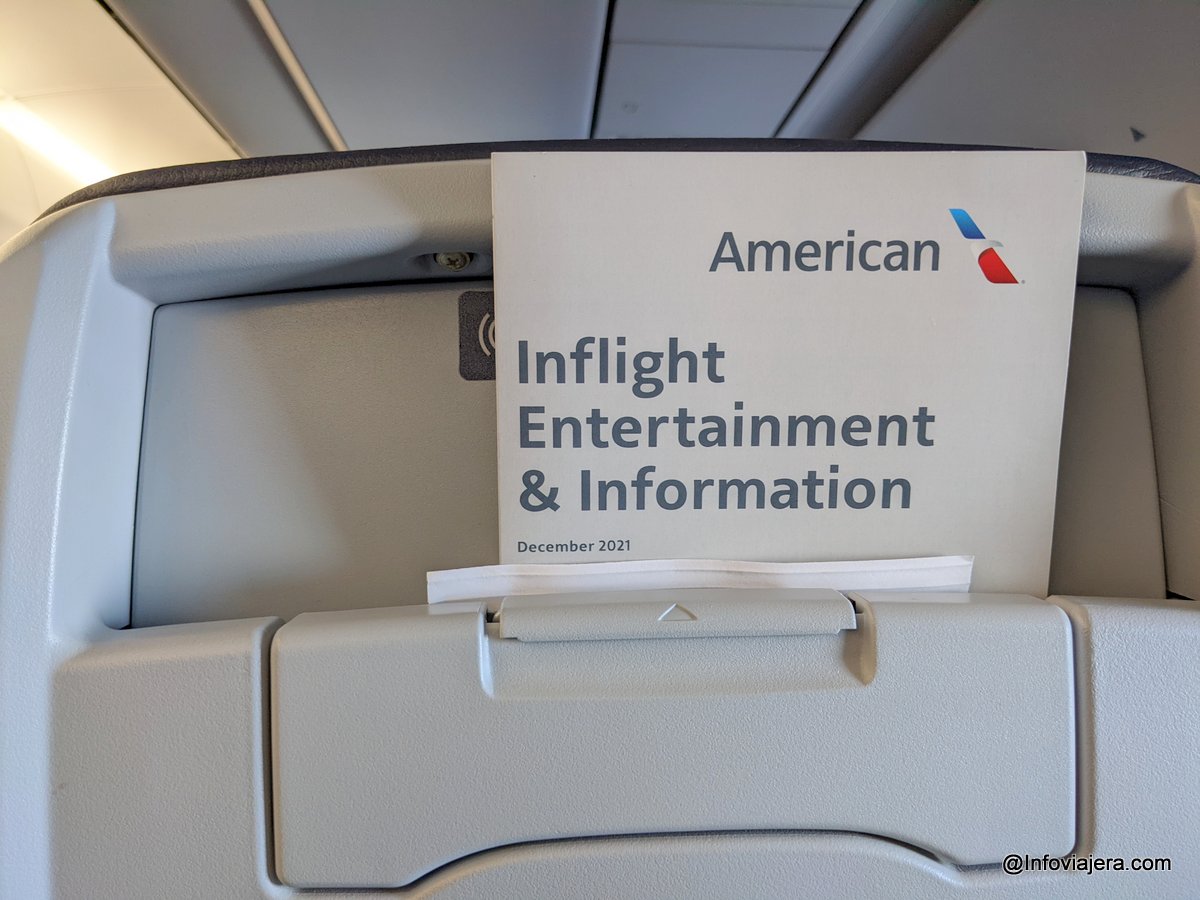 Entertainment is done through your device’s Wi-Fi system. It’s very uncomfortable for us and we don’t use it. 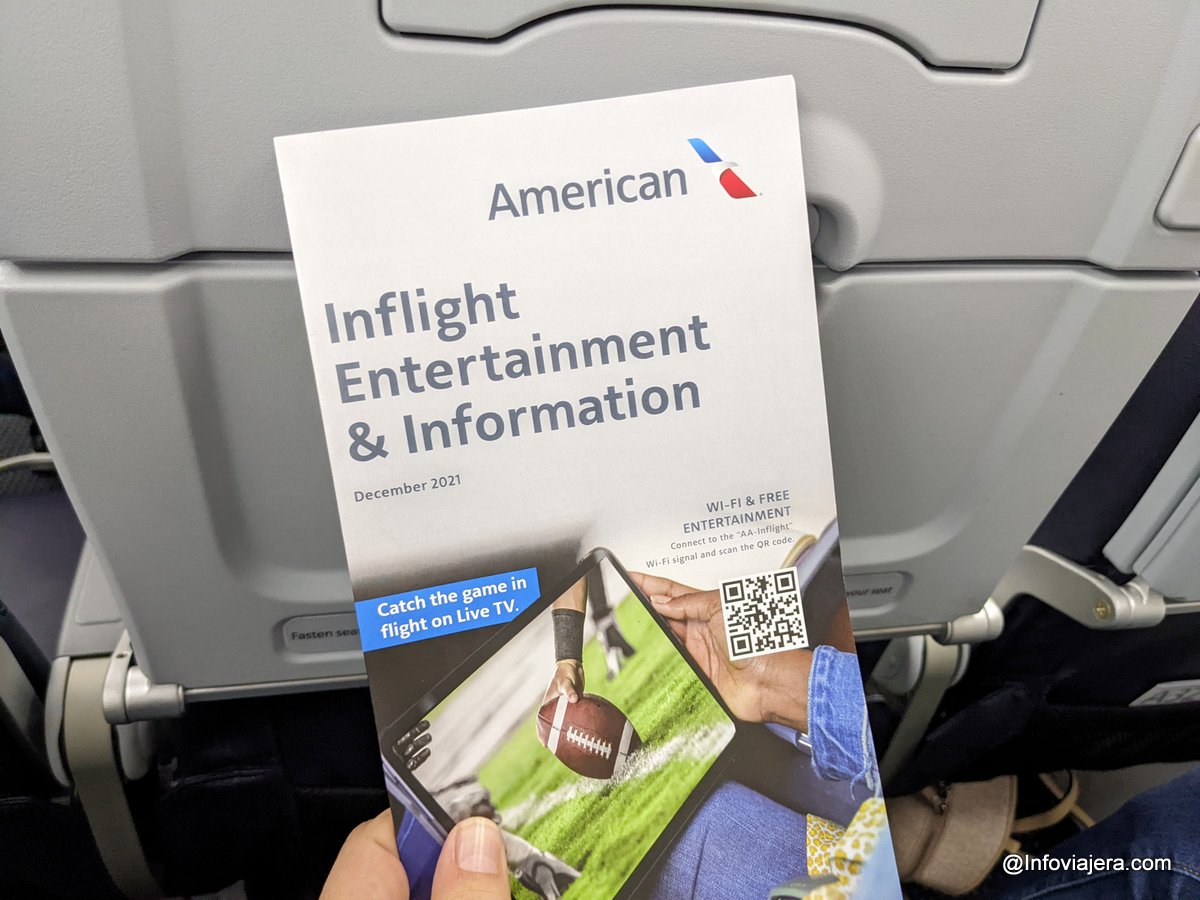 You can access the US website and app for free via Wi-Fi to check the status of flights and combinations.

The flight went very well and without major complications. 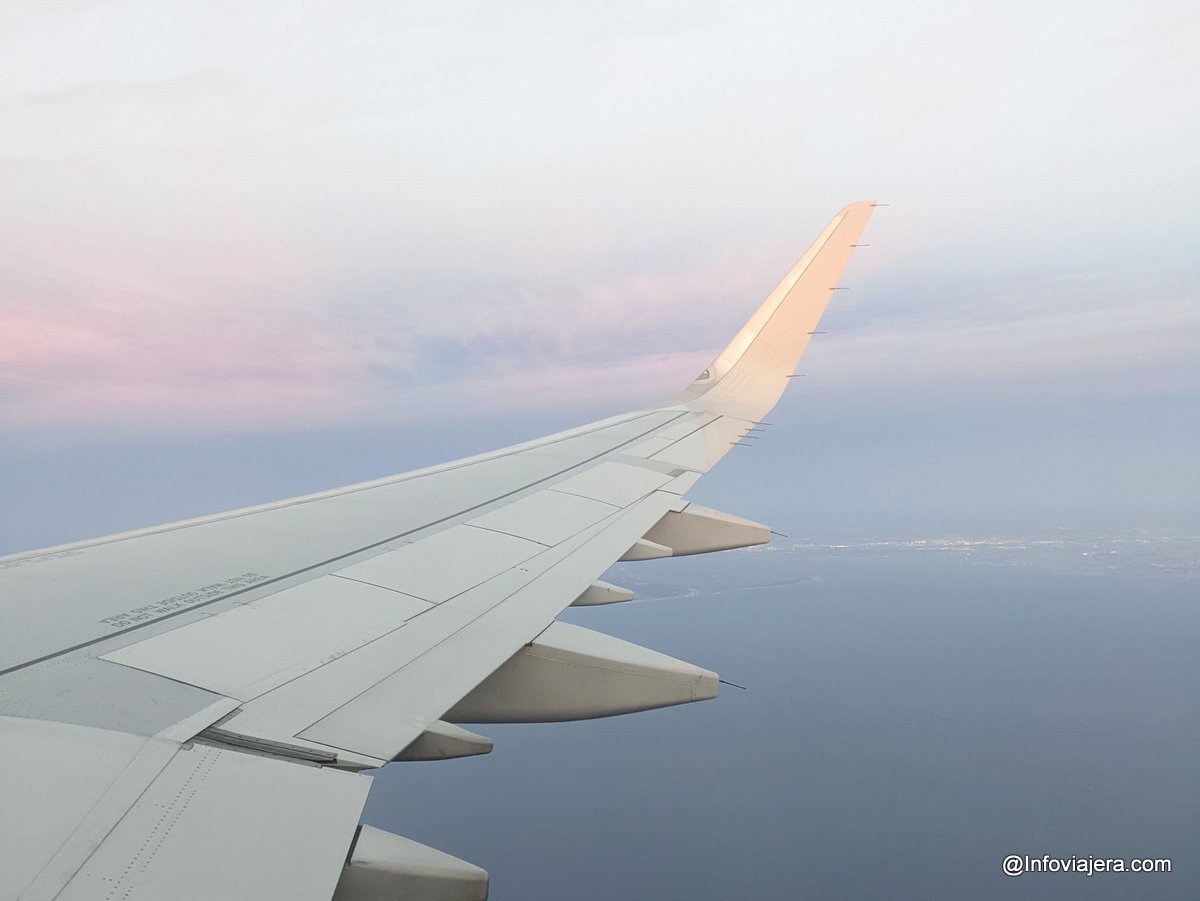 We leave on time and arrive on time. In our case, timing was key, since we had to connect with the flight to Mexico. 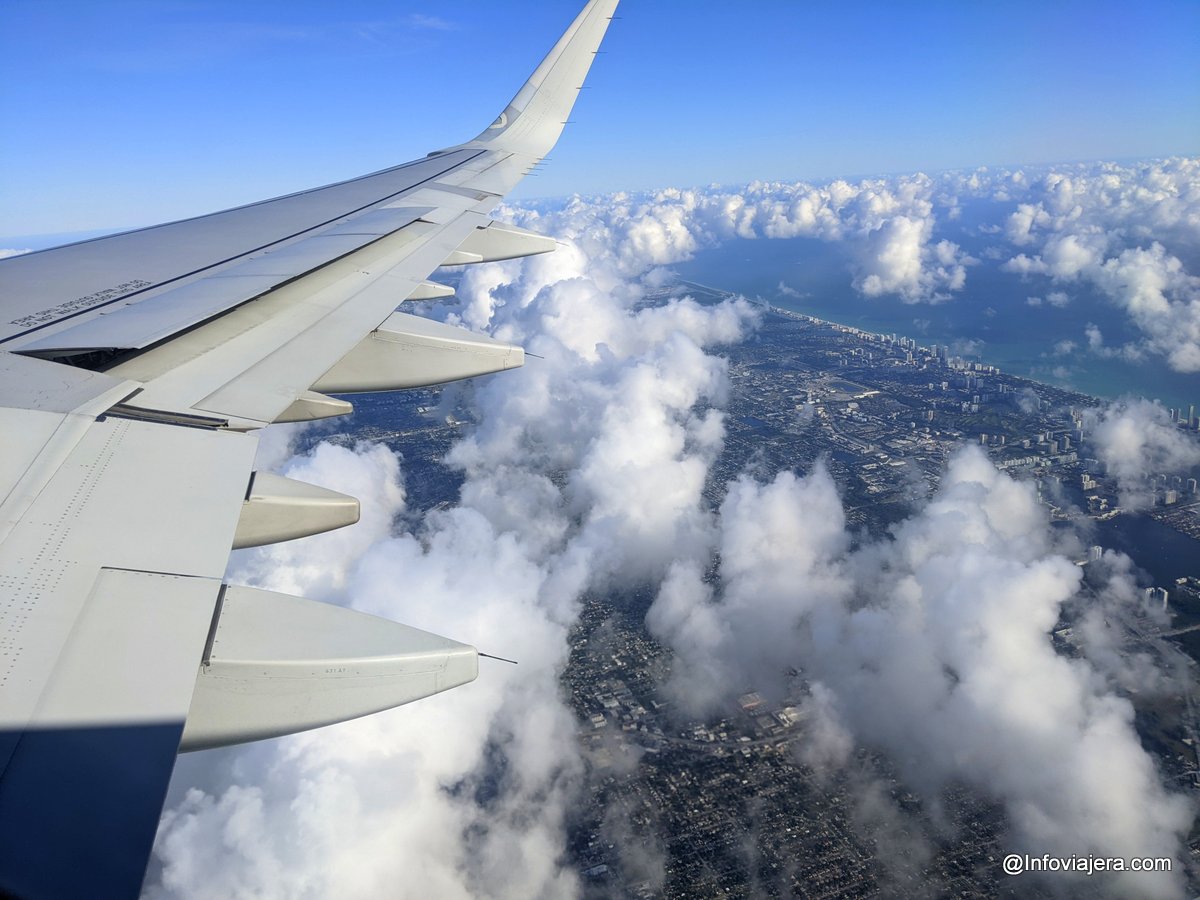 As usual, a little chaotic. COVID is no longer an excuse and everyone wants to get down to speed. 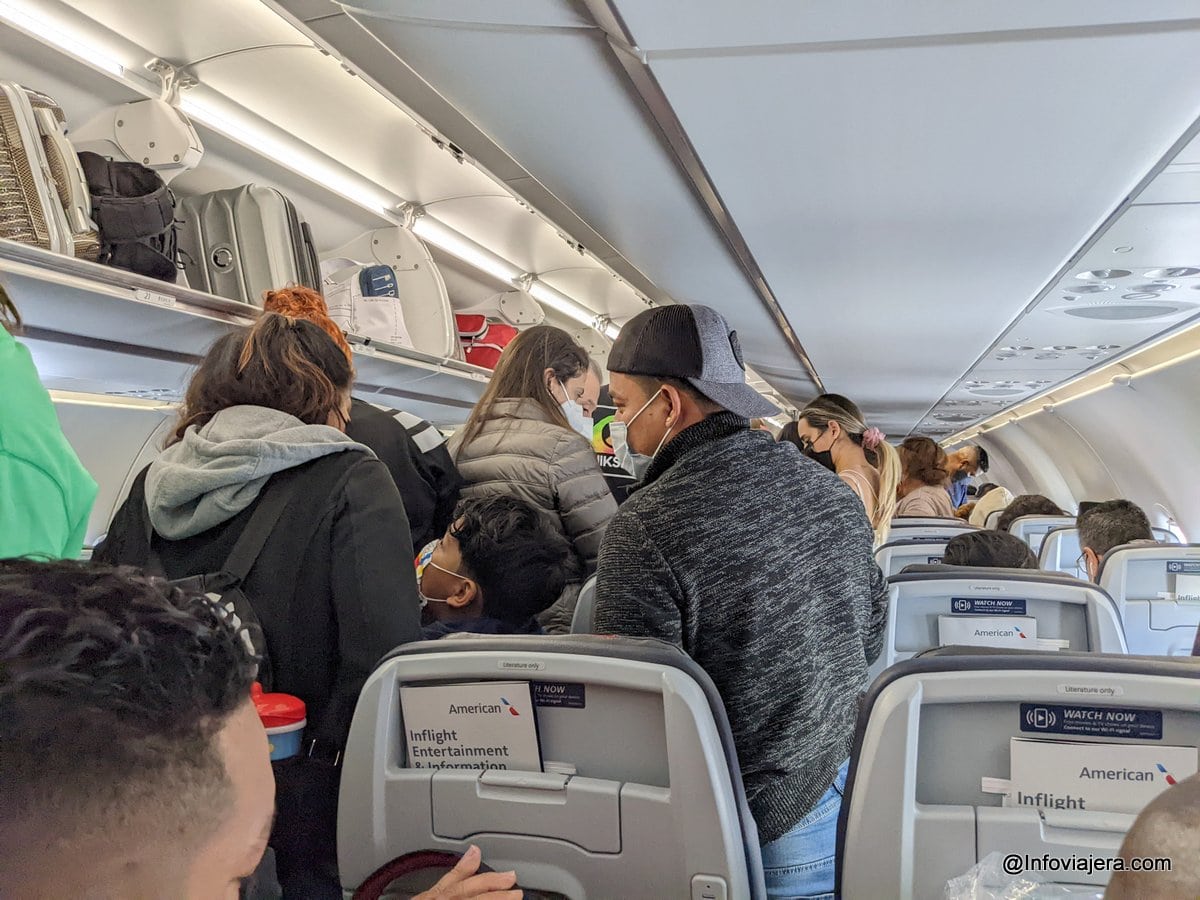 We had to collect the luggage so we could go out and recheck. Very low point here as it took almost an hour to get out. 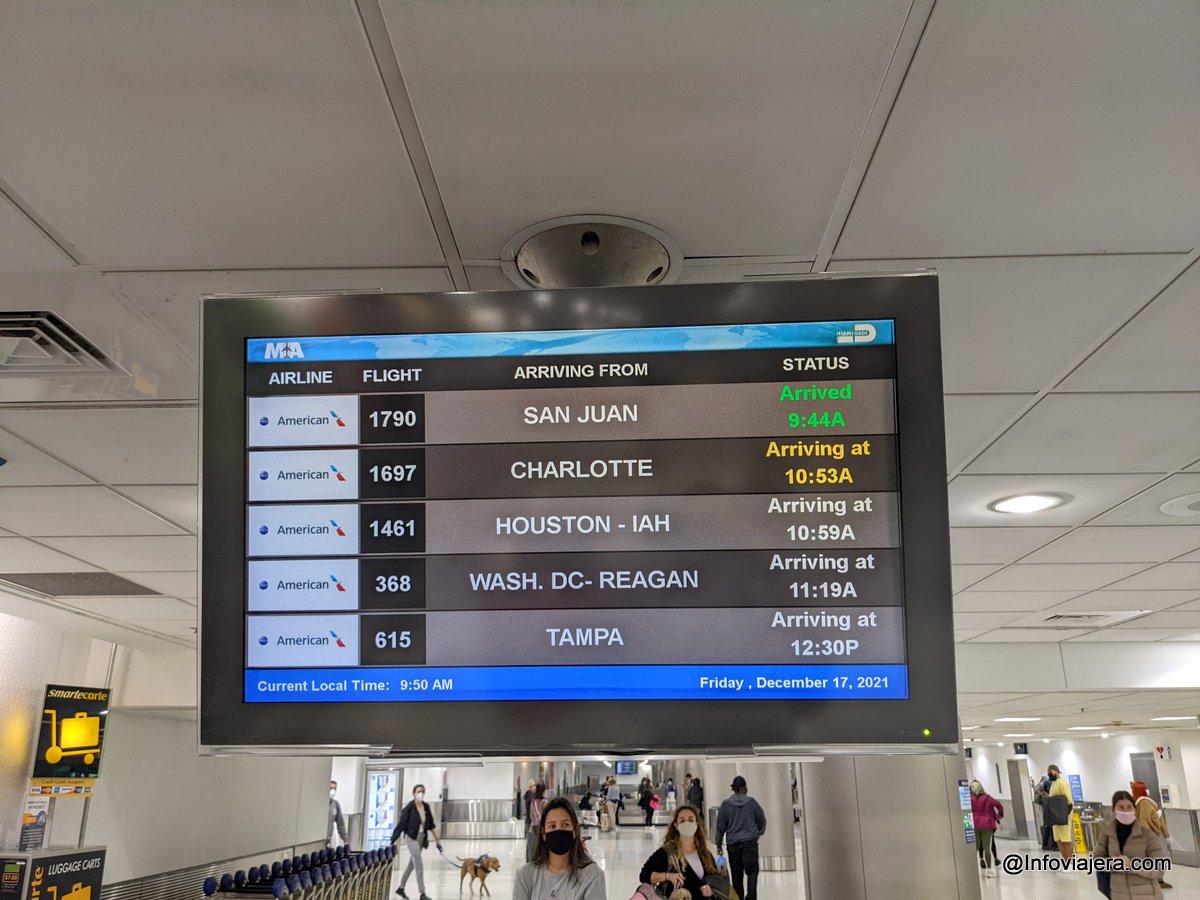 Being a ticket issued with miles, we do not accumulate any in any program. 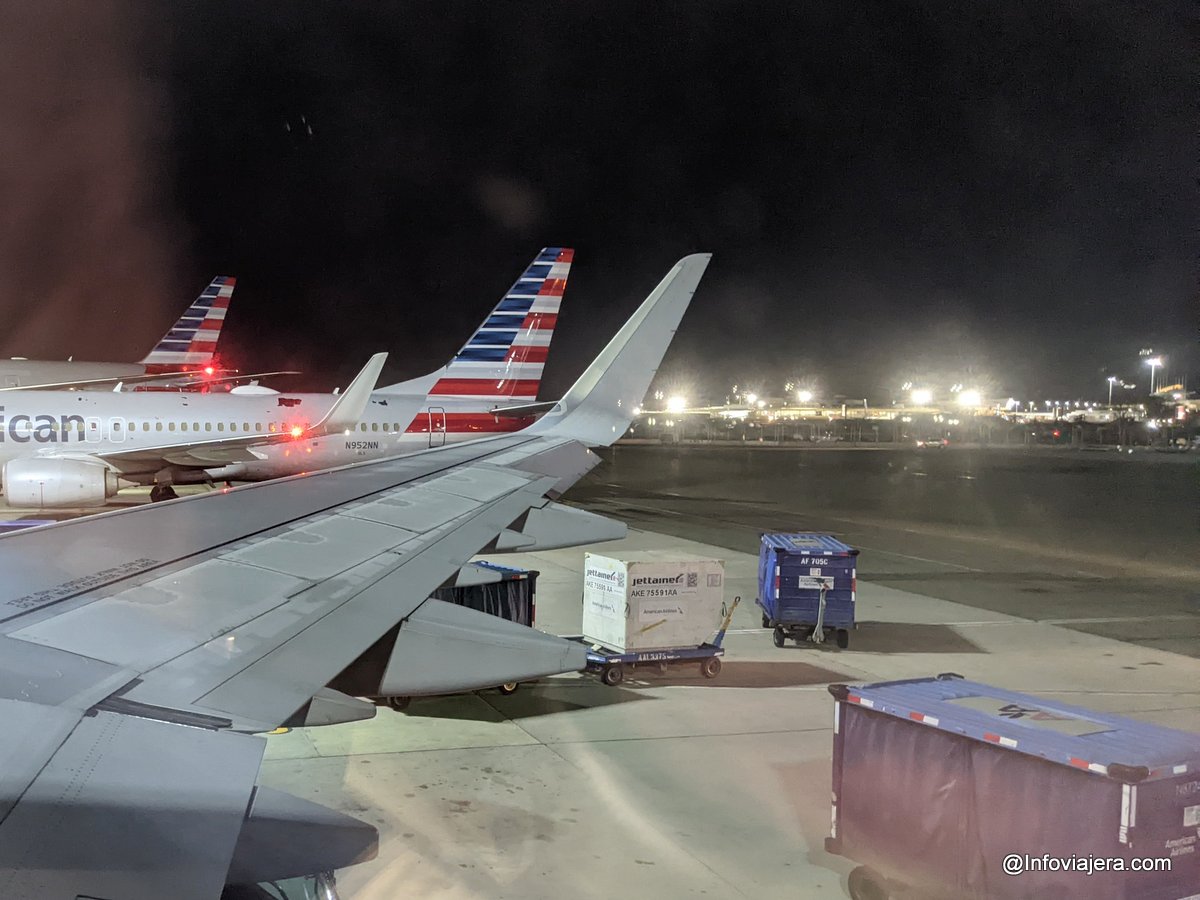 We can conclude by saying that on this American flight met our needs to arrive on time and without any inconvenience at our destination to connect with the next flight, but the delay in delivering the luggage was noticeable and not bad. Luckily we had enough time to wait, but we didn’t like it. For the rest of the flight, like the plane itself and the crew, it went well.

Are you traveling to the United States? Contents / Travel guide

We leave you this post with all the hotels we use in the United States.

An interesting option to find a different accommodation is the site airbnb. We leave you this link in case it helps you to make a reservation.

Since you are going to the USA, take advantage of it and advance your purchases. We tell you how to do it and some valuable tips in the post: Shopping before a trip to the United States. ??

Note: This post may contain affiliate links for which we receive economic compensation if you make a purchase or contract, at no additional expense to you. More information.