the atmospheric teleconnections they are patterns that help us better understand air mass dynamics and these often complex interrelationships between storms, anticyclones and fronts.

The MO is a teleconnection or variability model which connects the eastern end of the Mediterranean to the western end, in such a way that an opposite thermal and rainfall behavior occurs. So, when in Spain and Portugal we have dry and sunny weather, in Greece, Turkey or Cyprus they have a humid and unstable environment.

The explanation for this dynamic or this behavior responds to the correlation between the amplitude of the Mediterranean basin and the rossby waves. Precisely, the length of these waves and the “width” of our Mediterranean coincide enough, so that at one “point” there is a high pressure ridge while in another we find a hollow.

Javier Martin Videoclimatologist and professor of physical geography at the University of Barcelona, correlate this model with the presence of forest fires in summer on both sides of the Mediterranean. These years with devastating fires in the Iberian Peninsula, have a calm summer in Greece and Turkey. However, critical summers in these countries usually mean few fires in Spain and Portugal. 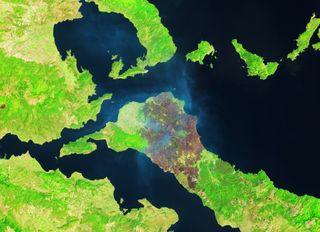 The most recent example we had last summer, with devastating and deadly fires in Greece and Turkey, while in our country we have not had fires of this severity.

Early 2022 with a clearly positive MOi

As with other teleconnections, there are positive phases and negative phases. In this index (hence this “i” which ends the abbreviation MOi) the positive phase it happens when in the western Mediterranean we have high pressures and in Greece or Turkey there are low pressures or strong cold air. However, in the negative phase The opposite happens: instability and cold in Spain, with dry and stable weather in the eastern Mediterranean and the Middle East.

The months of January and February Fthey came from an extremely positive: very anticyclonic weather, stable and mild at noon in our country which contrasts with the intense snowfall in Greece and Turkey, powered by the mighty lake effect of the Black and Aegean seas.

Surprising! Heavy snowfall and lightning in Istanbul, here are the images 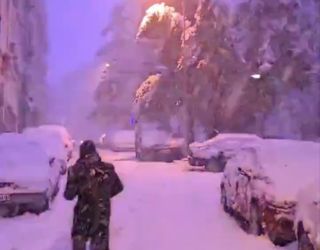 The Eastern Mediterranean has experienced a ‘Filomena’ to ‘Greek’, baptized as ‘The pee’, who painted the spectacular Greek islands of the Aegean Sea white.

As they passed February and March, this MOi positivity was neutralized and was “indefinite”because we simultaneously experienced episodes of marked instability, with more than 1000 liters dropped in points of the Valencian Community who gave way to one of colder in early April of the last decades. These rains in the east of the peninsula occurred in a few days with snowfall and cold in Greece and Cyprus. In the Cypriot capital, NicosiaIt snowed March 13 with a maximum of 2ºC: 20 ºC less than “usual”.

Ambiguity of MO during Holy Week

these holidays we will continue with a Mediterranean Oscillation poorly defined: drop of a DANA between Tuesday and Wednesday in Spain, with another DANA on the Black Sea and Turkey, this won’t leave much rain in Greece, but somewhat cold weather, with cooler weather than usual.

Revolution for Easter: Evelyn, mist, a DANA and anticyclone 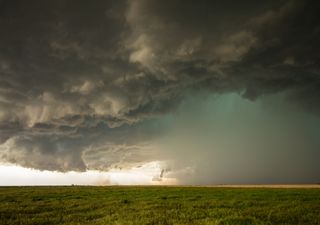 Despite this, during the second half of the week and for the Easter weekend, the mediterráneo is ‘homogenized’ meteorologically speaking and the weather will smile on tourists who want to go to the beach. Look at him expected maximum temperatures Saturdays in certain Mediterranean capitals:

It seems that the MO during these days too he goes on vacation and it will be absent: neither positive nor negative.