Summer figures and the strength of the holiday segment have increased investor interest in resorts located in Spain, Greece and Portugal, three countries which, before the pandemic, totaled nearly 177 million international arrivals. . Data analyzed by JLL Hotels & Hospitality confirms that investment in stations totaled 1,200 million euros between January and Septemberof which 727 million correspond to assets located in Spain.

During the summer of 2020, international tourism was strongly impacted by mobility restrictions and this year the situation has improved thanks to the progress of vaccination in most countries of the European Union and a strong accumulated demand.

According to figures cited by JLL Hotels & Hospitality, in July the number of arrivals at airports in the main sun and beach destinations in Spain, Greece and Portugal represented 60% of the traffic recorded during the same pre-pandemic month and the numbers were on the rise, not least because during August and September major source markets, such as Germany and the UK, eased restrictions on mobility.

-Germany removes the Canary Islands, Catalonia and Valencia from its high-risk list

-Vaccinated British tourists will be able to continue traveling to Spain

Beyond the easing of restrictions, JLL Hotels & Hospitality experts argue that “luxury resorts in the Mediterranean had a particularly successful summeras four other factors also played a role: the inconvenience of traveling to consolidated long-distance destinations; the heightened indifference of luxury travelers to rising costs for Covid testing and travel insurance; the increase in the average length of stay, a consequence of the lack of cruises and the compression of supply.

Ikos Resorts bought the Blau Porto Petro in Mallorca to transform it into Ikos Porto Petro.

Given the behavior of the three countries, it is not surprising that between January and September, the volume of investments in seaside resorts was only 17% lower than the figure for 2019: 1,200 million compared to 1,400 million .

“The strength of the vacation segment and the success of the summer season have increased investor interest in resorts. Investors are looking to position themselves in the market and see the potential for growth in the holiday industry in the years to come. Ana IvanovicDirector of Investments at JLL Hotels & Hospitality and adds that “if more transactions have not materialized at this time, it is not for lack of investor interest, but rather for the limited offer of products to to sell “

The firm specializing in the real estate market also points out that more risk-averse investors, “who have traditionally shunned resorts, are changing their strategy to attract and allocate funds specific to the holiday segment”. Consequently, “there is more capital than ever” chasing opportunities in the segment.

The JLL Hotels & Hospitality report details that resorts were negotiated in Spain for a total value of 727 million euros (60% of the total figure for the three countries), which represents 16 transactions. One of these operations is the purchase of the Blau Port Petro, by Ikos Resorts, a company that plans to invest 110 million euros in its comprehensive reform to reopen it in April 2023 as “the best resort of its range in Mallorca” and in En In the second quarter of the year, the Azora hotel fund acquired the Arenas Resort Giverola, to name just two examples.

From Greece, which was already projected as one of Spain’s rivals in terms of hotel investment, as published HOTELTUR, JLL Hotels & Hospitality does not provide specific volume data, but by searching the newspaper’s library we can highlight certain transactions, such as the purchase of a hotel in Crete by HIP (Hotel Investment Partners), or the investment plan that the Sani/Ikos Groupowner Ikos Resorts, which acquired new properties on the islands of Corfu and Crete.

More information on transactions in Greece

As for Portugal, the capital and investment manager Azora has been very active in the purchase of 5-star resort hotels. First there were two hotels in the Algarve for 148 million euros and a month later the Vilalara Thalassa Resort was added in the same Portuguese destination and the Sani/Ikos group also took over Alfamar Beach Resort in the Algarve to become Courtesy Ikos in 2024.

How has tourist activity evolved in the three countries?

To understand investor interest in these assets, it is important to see how tourism activity has fared.

In the specific case of Spain, in July the number of flights was just 32% below the pre-pandemic volume, in August more than 160,000 flights were operated, 74% of 2019 levels, and this same months half was recovered from international tourists in 2019. The easing of restrictions and the increased influx of British and German travelers were key.

The Barometer of the hotel sector in Spain by STR and Cushman & Wakefield confirmed that hotel indicators trended upwards in the third quarter. According to STR data cited by JLL, from January to August 2021, luxury resorts in the Balearic Islands and the Costa del Sol “reflect a 5% drop in RevPAR (yield per available room, for its acronym in English)”, a decrease which is directly linked to the drop in hotel occupancy rates and delays in hotel openings.

Experts point out that “the average rate has consistently exceeded 2019 levels, with an average increase of 14% during the months of July and August. Due to the lack of skilled labor, a challenge facing the hospitality industry as a result of the pandemic, some hoteliers have been forced to suspend the reopening of beds during peak occupancy months. The strategy of prioritizing rooms in the highest category has contributed to the increase in average rates”. 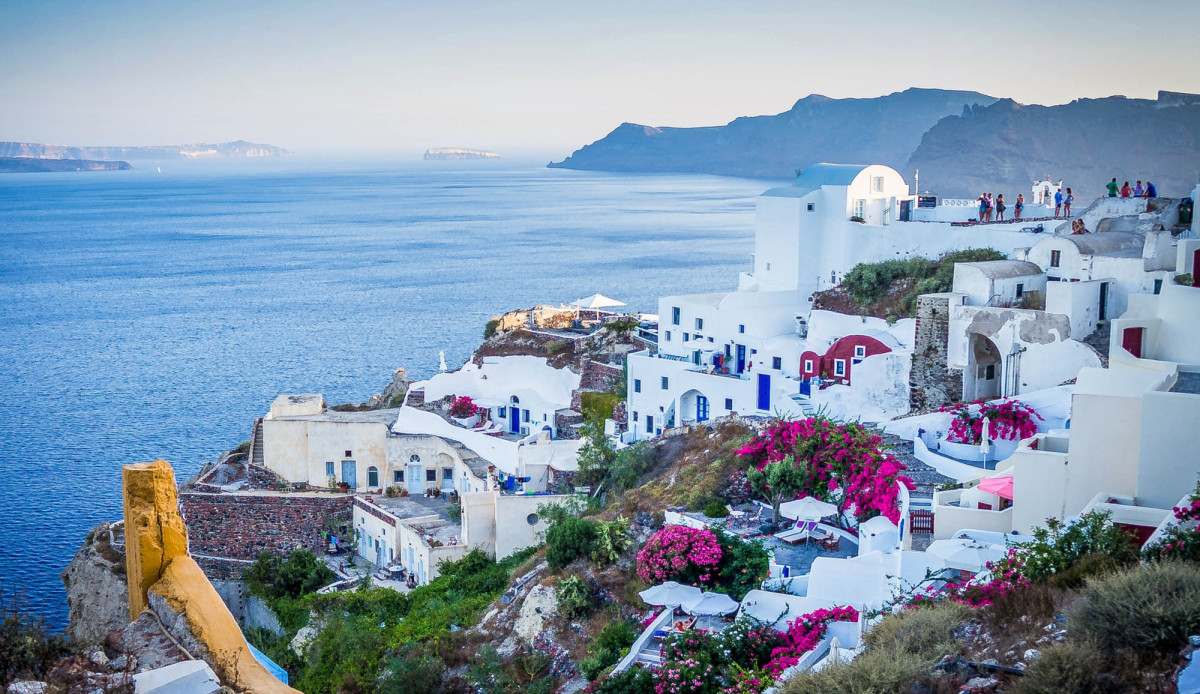 In August, the RevPAR of hotels in Greece exceeded 2019 figures by 11%.

In the case of Greece, in addition to the pandemic, they had to face additional challenges such as forest fires, which jeopardized the country’s “historic” recovery, but this did not prevent a strong rebound in international travel with around 6.8 million people. passenger arrivals during the months of July and August, according to the Hellenic Civil Aviation Authority. In August this year, the country had a RevPAR 11% higher than the same month of 2019 and, they explain in JLL, “the rise in average rates is also associated with the repositioning of the title, various reforms and new openings that have recently been added to the hotel offer”.

In the case of Portugal, the Algarve region -very dependent on British demand- has been favored by the decision of the United Kingdom to authorize travel to destinations in amber (without the need for quarantine) from 19 July. National tourism has played an important role and Starting in August, footfall in luxury hotels in the Algarve region increased significantly. “The positive trend has allowed hoteliers to increase average rates, which translates to approximately 15% growth in prices during the month of August, compared to the same period in 2019,” concludes JLL.

-Portugal is making progress in the recovery supported by domestic demand