The United Nations Educational, Scientific and Cultural Organization
(UNESCO) has approved the designation of eight new Global Geoparks, bringing to 177 the number of sites that make up the global network in 46 countries. Two countries, Luxembourg and Sweden, are joining the parks network this year by naming their first geoparks.

The UNESCO Global Geopark designation recognizes geological heritage of international significance. In 2015, UNESCO Member States unanimously ratified the creation of the Global network of geoparks which, precisely because of its extraordinary geology, supporting the biological and cultural diversity of the different regions.

They also serve local communities, combining the conservation of their unique geological heritage with public awareness and sustainable development.

With these eight new designations, the The Geoparks network now covers a total area of ​​370,662 km²comparable to that of Japan.

These are the geoparks that make up the list of the global network.

The Seridó Geopark occupies an area of ​​2,800 km² in the semi-arid northeast of Brazil. It is home to more than 120,000 people, including communities such as the quilombolas, who keep alive the memory of their enslaved ancestors in Africa and preserve their culture through traditional practices, museums and cultural centers.

The geopark bears witness to the last 600 million years of Earth’s history and hosts one of the largest mineralizations of scheelite in South America, an important tungsten mineral, as well as basalt flows from the Mesozoic and Cenozoic volcanic activity. This geodiversity largely determines the unique biodiversity of the region, characterized in particular by the caatinga (“white forest” in the Tupi language), an ecoregion marked by a very characteristic subtropical flora. The caatinga is the only exclusively Brazilian biome, which means that much of its biological heritage is found nowhere else on the planet. 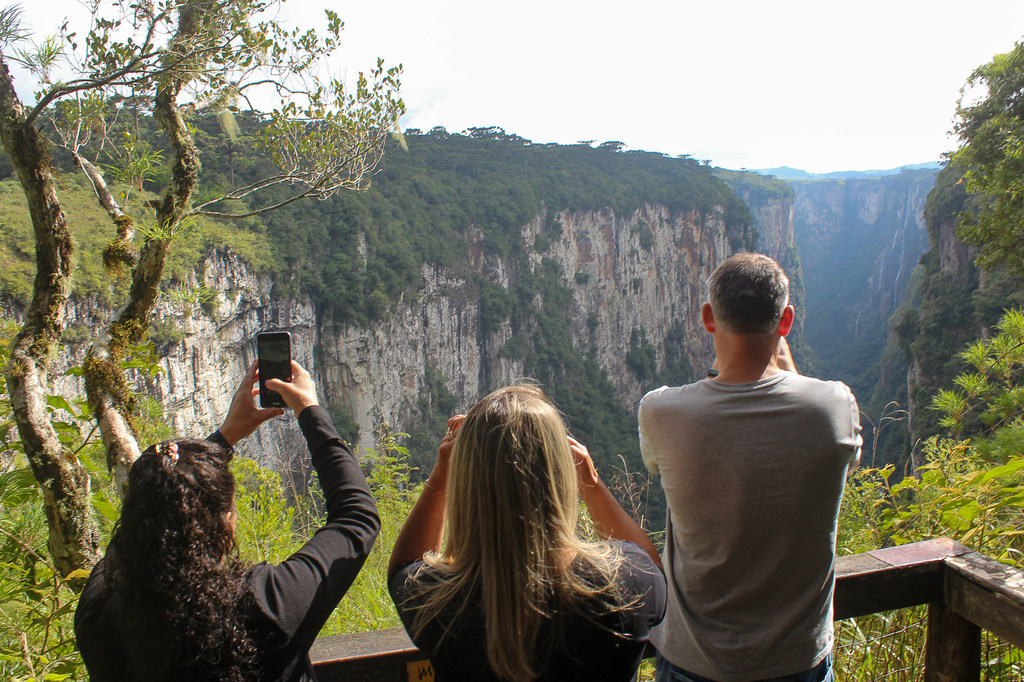 The South Canyon Trails Geopark in southern Brazil covers an area of ​​2,830.8 km² and is home to 74,120 people. It is characterized by The Atlantic Forest, one of the richest ecosystems on the planet in terms of biodiversity.

The pre-Columbian inhabitants of the region took refuge in paleotocas (underground cavities carved out by extinct Paleolithic vertebrate megafauna, such as the giant ground sloth), many remains of which are still visible in the Geopark. Additionally, the site has the most impressive canyons in South America, formed by the unique geomorphological processes the continent underwent when the supercontinent Gondwana broke up some 180 million years ago. 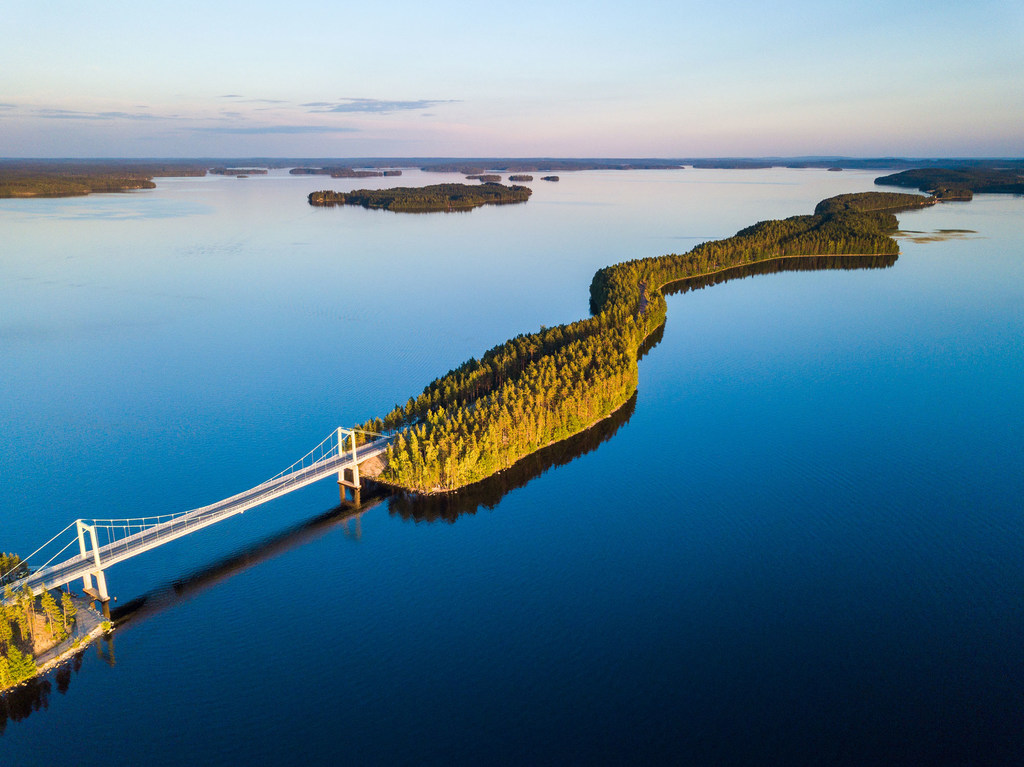 Salpausselkä Geopark, with a population of approximately 177,000, is located in southern Finland, in the southernmost part of the Finnish Lakes, and covers an area of ​​4,506 km². About 21% is covered by water and more than half by forest.

The hundreds of lakes in the interior are a feature of its landscape, as well as its long and pronounced Salpausselkä ridges. These ridges, which stretch for more than 600 km across southern Finland, are formed by sediments deposited by glaciers. They witness climate change, especially the Younger Dryas, the cold period that lasted from about 12,900 to 11,600 years ago, and which interrupted the warming trend of the northern hemisphere at the end of the era. from the Pleistocene (from 2.6 million years ago to 11,700 years ago).

Studied since the 19th century, these ridges are Finland’s best-known geological heritage and are located in a landscape made up of the melting of glacierswhich has created fluvioglacial landforms and rock formations that store abundant groundwater and naturally provide the region with quality drinking water. 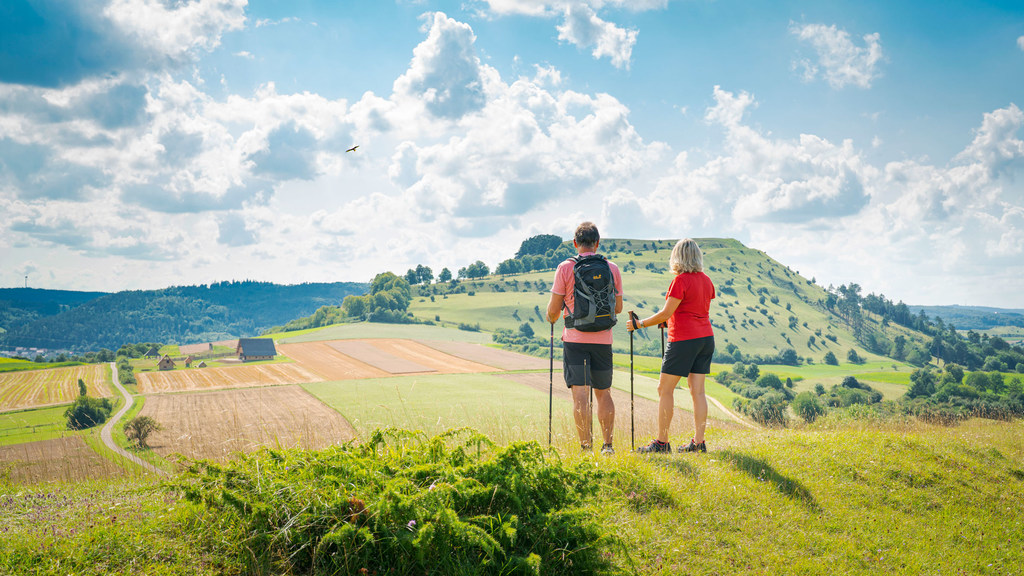 Most of the Ries Geopark area is in the state of Bavaria, with a smaller part in the state of Baden-Württemberg including the Ries crater, located between the Swabian Jura and the Franconian Jura in the south of Germany. Its extension is 1,749 km2 and it is home to 162,500 inhabitants.

Visitors can explore the Nördlinger Ries impact crater and learn about its geology and history by following nature trails that take hikers to lookouts on their own or on guided tours. There are also information centers and school programs. The Geopark offers a an intriguing insight into the Earth’s history through its unique natural landscape, cultural and culinary history. 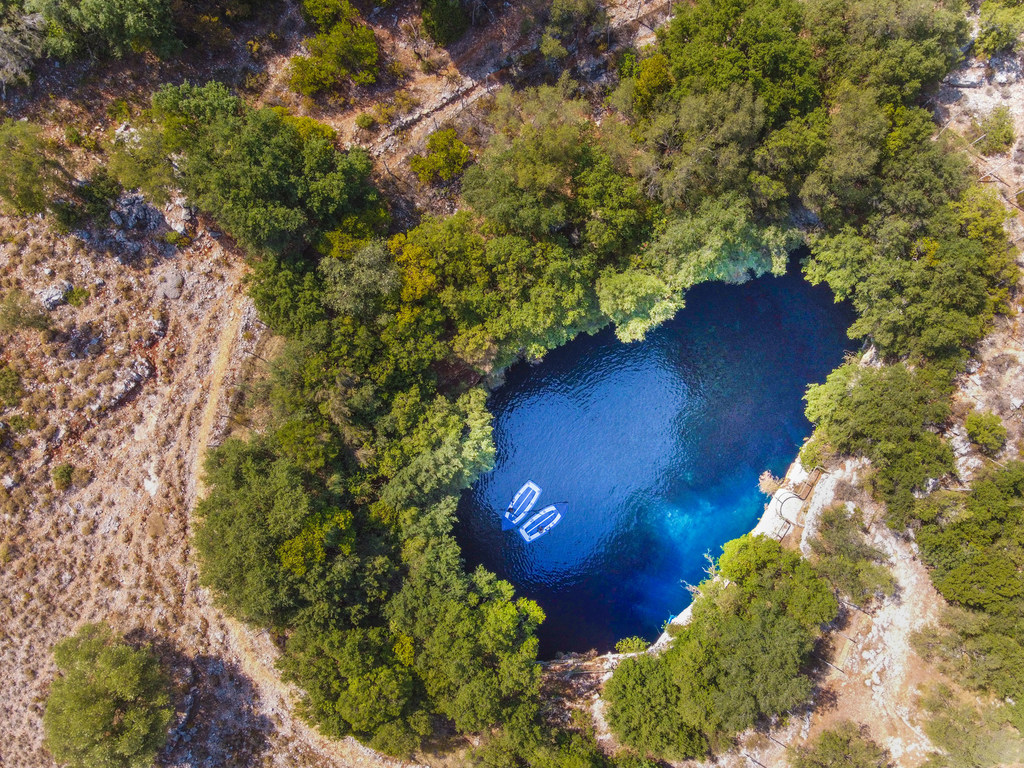 In western Greece, the Geopark of Kefalonia-Ithaki is a complex of islands belonging to the Heptanese — from the Greek seven, the number of the main Ionian islands —. Kefalonia occupies an area of ​​773 km² and is home to 35,801 inhabitants, and the 117 km² of Ithaca is inhabited by 3,084 people.

The geopark is rich in geosites of karst origin, such as caves, sinkholes and underground streams, all scattered across the islands, which speak of a geological history dating back more than 250 million years. Both islands are located very close to an arch-shaped mountain range (the Hellenic Arc) formed by the subduction of the African Plate under the Eurasian Plate.

is the most tectonically active region in Europe. The Geopark also has literary significance, since Kefalos and Ithaca are named in the Odyssey as the homeland of Odysseus, the hero of Homer’s epic poem. It is also home to prehistoric, Hellenistic and Roman monuments, medieval castles, Byzantine and post-Byzantine monasteries, traditional settlements, windmills, bridges and lighthouses, a rich cultural heritage scattered across the extraordinary geological features of the region. 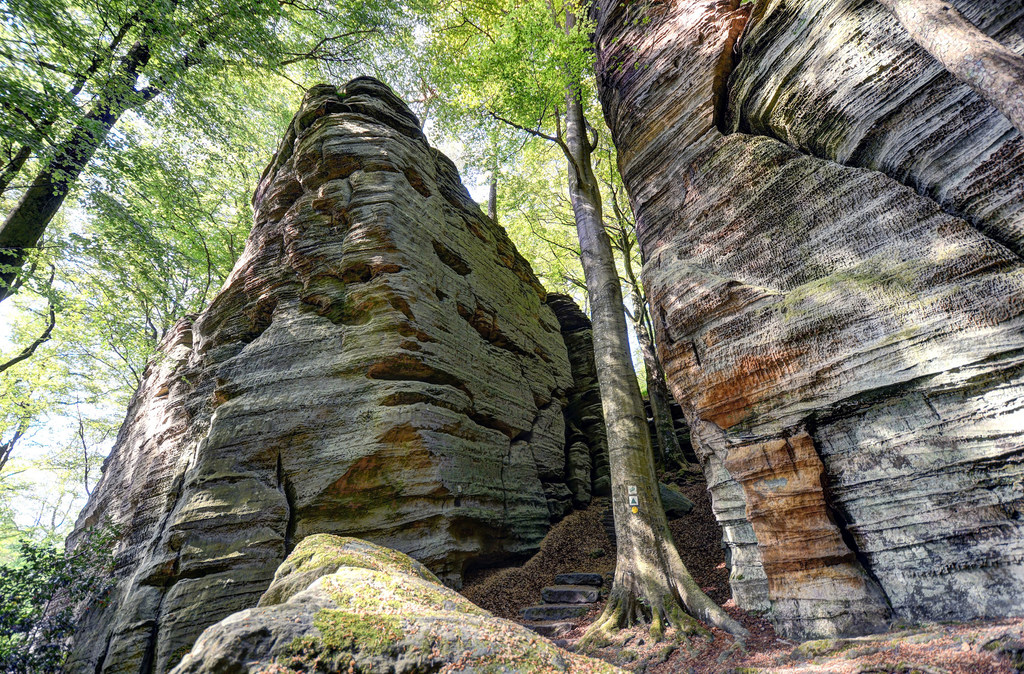 In the east of Luxembourg, the Mëllerdall Geopark has an area of ​​256 km² and a population of approximately 25,500 inhabitants.

The Geopark is located in the center of the Trèves-Luxembourg basin, which extends from the Paris Basin to the Rhine Massif. It has the Luxembourg sandstone formation, which reaches a thickness of up to 100 meters and dates from the Lower Liassic period (between 205 and 180 million years ago). form one of most spectacular sandstone landscapes in Western Europe and has been a tourist attraction since the late 19th century.

Today, the region can be explored by following a dense network of well-marked hiking trails, including the 112 km long Mullerthal, which won the Best Quality Trails to the best hiking trail in Europe. 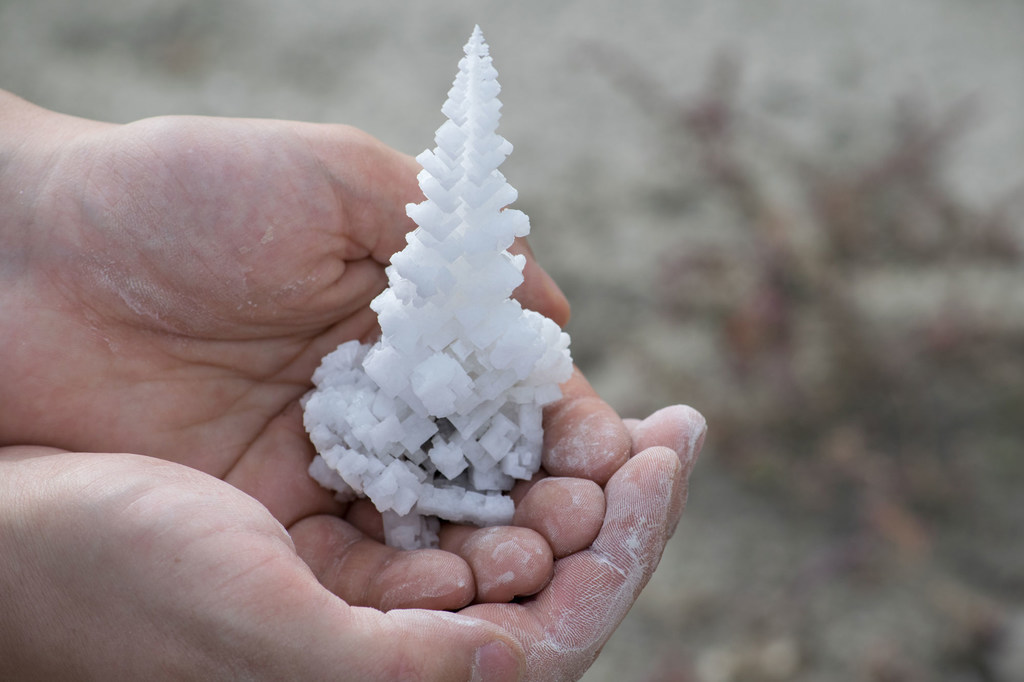 The longest and deepest salt caves in the world are found in Buzău Land Geopark in Romania.

In the Carpathian Bend region of Romania, the mountainous and rugged territory of Buzău Land Geopark covers 1,036 km² and is home to approximately 45,000 inhabitants. Several tectonic plates collided in the region, creating a very complex mountain range of folds and thrusts which was then eroded by the action of glaciers.

The Geopark, one of the most geodynamically active areas in Europe, features 40 million years of geological history. Throughout this period, its tectonic movements pushed the mountains and transformed a deep marine environment into a terrestrial environment.. Fossils of marine species, terrestrial vegetation, mammals and birds dating from the last glaciation have been very well preserved in the Carpathians. Many fossils of beetles, spiders, crustaceans, reptiles and other species are preserved in amber, a fossilized resin.

Also, here are some of the the longest and deepest salt caves in the worldremains of large deposits of salt and gypsum formed by the evaporation of water masses locked up at shallow depths.

This geodiversity has influenced a unique cultural heritagewith local legends in which mud volcanoes turn into dragons, mud cauldrons are traps made by giants to ensnare livestock, and the future can be predicted by looking through a lens of amber. 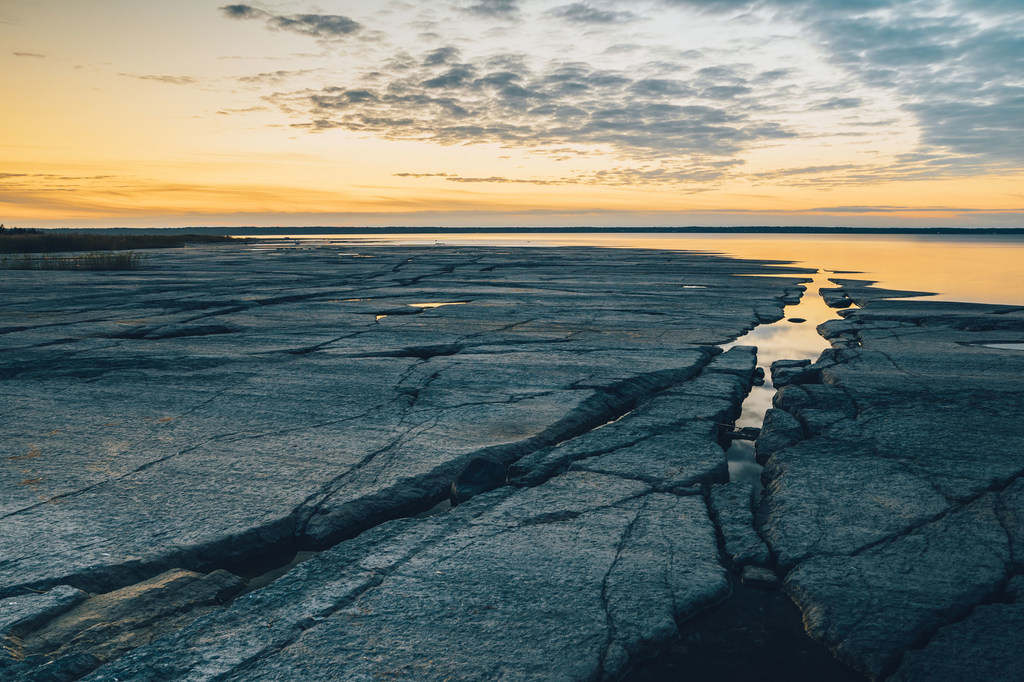 presents a unique scenery of 15 flat-topped mountains, platåbergens in Swedish, which give its name to the place. These mountains were formed by erosion during the last ice age, 115,000 years ago. The region also encompasses the Västgöta plain, with its shallow lakes, rolling ridges and well-preserved cultural landscapes.

Some of Sweden’s most interesting historical discoveries have been made in this region, where museums hold numerous remains that testify to the use that locals made of local stone over the millennia: megalithic tombs (5300- 4700 BC known stone church in Sweden, built by Christian Vikings in the early 11th century.