One good morning, you get up, leave your house in Madrid, go to Barajas airport and board a plane with a coffee and the newspaper under your arm. The ship takes off and before you reach the Sports section, you are already walking the runway of JF Kennedy in New York. It sounds like science fiction. And it is, but maybe not for long. In China, there is already a company, Space Transportation, which wants to develop a ship that would go far beyond the Concorde to explore the commercial possibilities of hypersonic flights.

His goal: to cover the 7,000 kilometers that separate Dubai and Shanghai in 60 minutes. For now, the company aims to launch its first suborbital tour test in 2025 and achieve “global full-scale hypersonic vehicle flight” by 2030.

From supersonic flight to hypersonic flight. What Space Transportation or the Hermeus company offers are hypersonic flights. The Chinese firm proposes that its ship can reach 7,000 miles per hour, or the equivalent of 11,300 km/h. The second, founded by former employees of SpaceX, Generation Orbit and Blue Origin, specified that their plane, which they have previously dubbed the Quarterhorse, will achieve a range of 4,600 miles – around 7,400 kilometers – when it travels at Mach 5, five times the speed of sound in air.

With these data, its technology will far exceed that of the iconic Concorde, a supersonic airliner that began regular service in 1973 and ended up definitively retiring in 2003 due to its high costs and the accident that one of his units played in three years. earlier in Paris, a tragic episode that ended the lives of all those traveling on board. The spacecraft was moving at a maximum height of 18,300 m and 2,179 km/h, twice the speed of sound.

The bet of industry and administrations. Scenarios like the one drawn by Space Transportation, in which a businessman could attend a meeting in London and sleep the same day at his home in Tokyo, have drawn interest from industry and government. Ever since NASA demonstrated the possibilities of hypersonic flight with its X-43 unmanned aircraft in the 1990s, steps have been taken towards carrying out operations with passengers. In 2020, Rolls-Royce and Reaction Engines announced that they were working on a turbine to power beyond Mach 5. The commercial niche has also attracted other companies, such as the start Venus Aerospace.

Reaction Engines explained at the time that its approach was to realize high-speed passenger transport already for the next decade. “You don’t have to go to Mach 5. It can be Mach 4.5, which requires easier physics,” one of its officials, Adam Dissel, told the BBC. With a similar speed, a passenger could travel from Los Angeles to Tokyo in two hours. I wouldn’t even give him time to watch the new Batman movie. Much of the research on hypersonic flight also comes from the military sphere and focuses on weaponry, such as ICBM missiles. His interest is not new. In the 1960s, the United States was already testing its X-15 rocket plane.

The interest of supersonic flights. With the still recent memory of the Concorde, both industry and administrations are also working on technologies to iron out the technical challenges of supersonic flight. NASA, for example, is developing the X-59, a supersonic spacecraft with which it hopes to minimize the noise generated by this type of aircraft when it exceeds the speed of sound. The agency has already argued that this year will be “fundamental” for the project. Other players involved are Virgin Galactic or Boom Technology and its Boom Overture, capable of flying at Mach 1.7. United Airlines plans to buy 50 units.

But… are they viable? In 2003, when he retired, a Concorde plane ticket cost around 6,500 euros. One of the reasons for its disappearance, beyond the incident of 2000, was precisely its high cost. With these precedents, the big unknown is: will operations such as those proposed by Space Transportation be profitable? While we wait for the company to move from theory to reality, there are reports that, at the very least, show that the idea is not so far-fetched. CNN cites at least two market studies that support this.

The first, from Deloitte, which is based on data approved by NASA and evaluates factors such as speed, load capacity or autonomy, comes to a clear conclusion: there is enough demand to pay for transport. high speed. Basically, the service would be used by customers who are now forced to use regular transport planes or private jets, a more exclusive solution, but which does not offer, by far, the times of a flight hypersonic. The second, produced by BryceTech and SAIC, analyzes speeds between Mach 2 and Mach 7 and comes to a similar conclusion.

The potential of transoceanic flights. The big deal, logically, would be in the more extensive, long-haul operations. transoceanic flights. Specifically, Deloitte’s analysis identifies a few promising markets: New York-London, Miami-Sao Paulo, New York-Paris, Los Angeles-Sydney and Sydney-Singapore. In total, it indicates a market of 90 routes that carry 2.5 million passengers per year and a potential of $16,500 million in revenue. The second report also located 300 city pairs capable of supporting the business. 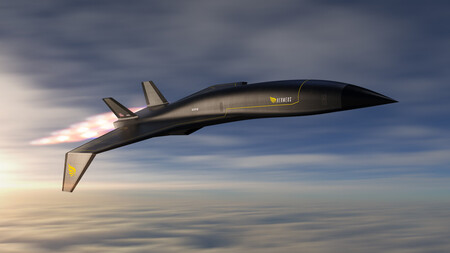 Time is money on high speed flights. One of the keys to the business, and not really a minor one, is the balance between price and travel time. “The question is how many thousands of people a day are willing to pay full fare for first class. Would they be willing to pay double to go three or four times faster?” SABER (Synergetic Air Breathing Rocket Engine).

Even if thanks to its supersonic speed the Concorde allowed a notable saving of time, the passengers had to expect to be at the airport in advance and during their trips the ship did not always advance at Mach 2. It is true that it allowed Phil Collins to give a concert on two continents in the same day; but for many businessmen, this cup was not enough to plan their days. “However, if you can start pushing above Mach 4, you get to a point where you can really get off the EEYY east coast in the morning, be in London for meetings in the afternoon and go home the same day,” notes Dissel.

All that glitters is not gold: the complications. In the future of hypersonic or supersonic commercial aviation, all is not golden, of course. Interested companies or administrations must first solve important challenges, both technical and regulatory or logistical. Space Transportation, for example, published a video in which it shows a ship embedded in a structure in the form of a delta wing and propellers. Launch and landing are vertical and when the plane reaches the necessary height, it separates from its reusable propellers.

Operations like this raise interesting questions, in addition to the security certificates themselves: what will their emission levels look like? How to deal with the safety risks for travelers involved in flights at such high altitudes? What will happen to the sonic boom when flying over populated areas, precisely the problem NASA faces with its X-59? What about the high fuel and maintenance costs that plagued Concorde? Not to mention the technical challenge of building ships that, like those proposed by Hermeus, will travel Mach 5 and face surprisingly high speeds and levels of thermal friction.

An (exciting) horizon of the years to come. Whatever questions hypersonic flight raises, one thing is clear: exciting years lie ahead. Hermeus is already testing a new engine which he says will be able to reach Mach 5. At the moment it is proposed for an unmanned aircraft for the US Air Force, but on a larger scale it could power an airliner. The horizon it manages for the first test flight is 2029. In the case of Space Transportation, which secured $47 million in funding in August, it plans to start with suborbital test flights in the middle of the decade and then move on to those of “global hypersonic vehicle”.

The autonomy of the plane equipped with the new Hermeus engine will be 4,000 nautical miles, enough to complete transatlantic routes, but not yet to connect large cities separated by the Pacific, such as Los Angeles or Tokyo. The work is already done. In 2004, NASA’s X-43A drone achieved a milestone by briefly reaching Mach 9.6, and in 2013, the Boeing X-51 reached Mach 5.1 for several minutes. Much earlier, in 1967, the X-15 test aircraft had already reached Mach 6.7 during a manned operation. In all these cases, the plane had to be launched from a height. As for ships with jet engines, instead of rockets, the SR-71 stands out, with Mach 3.3.