Under the title Connecting minds, creating the future and proposing three sub-categories -Sustainability, Mobility and Opportunity-, the global and multicultural meeting that the Dubai World Expo 2020 supposes (it maintains in its name the date originally planned, although in reality it is celebrated between last October and April is part of the tradition of presenting the technological and artistic advances of humanity. For this edition, the United Arab Emirates has invested billions of petrodollars and countless natural resources, in the construction of a megalomaniac place that invites you to dream of a better future.

The result is an impressive exhibition in every way, a unique spectacle that brings together more than 190 pavilions signed by countries and companies and innovative thematic initiatives, ranging from leisure to some of the great challenges of the present, such as sustainability or mobility. Some of the most important architecture studios – from Foster to Calatrava – presented their most extravagant proposals for the occasion. Luxurious structures that embrace social values ​​aligned with the global objectives of the UN: ecology, solidarity and equal opportunity. In this report we have compiled some of the most striking proposals of this unique edition.

British architect of Pakistani origin (London, 1979), the name of Asif Khan is associated with international events. At Sochi 2014, during the Olympics, he created a building whose kinetic facade featured changing human faces. And in Seoul in 2018, he built a pavilion for Hyundai in the famous Vantablack VBx2 color, transforming the building into a daylight nighttime space. Its proposal for Dubai 2020 is an access to the place of spectacular dimensions, the framework of which recalls the Arab trellises, the mashrabiya traditional features of the region that create shade while maintaining air circulation. Its ultralight carbon fiber threads make up a structure 21 meters long by 30 meters high. 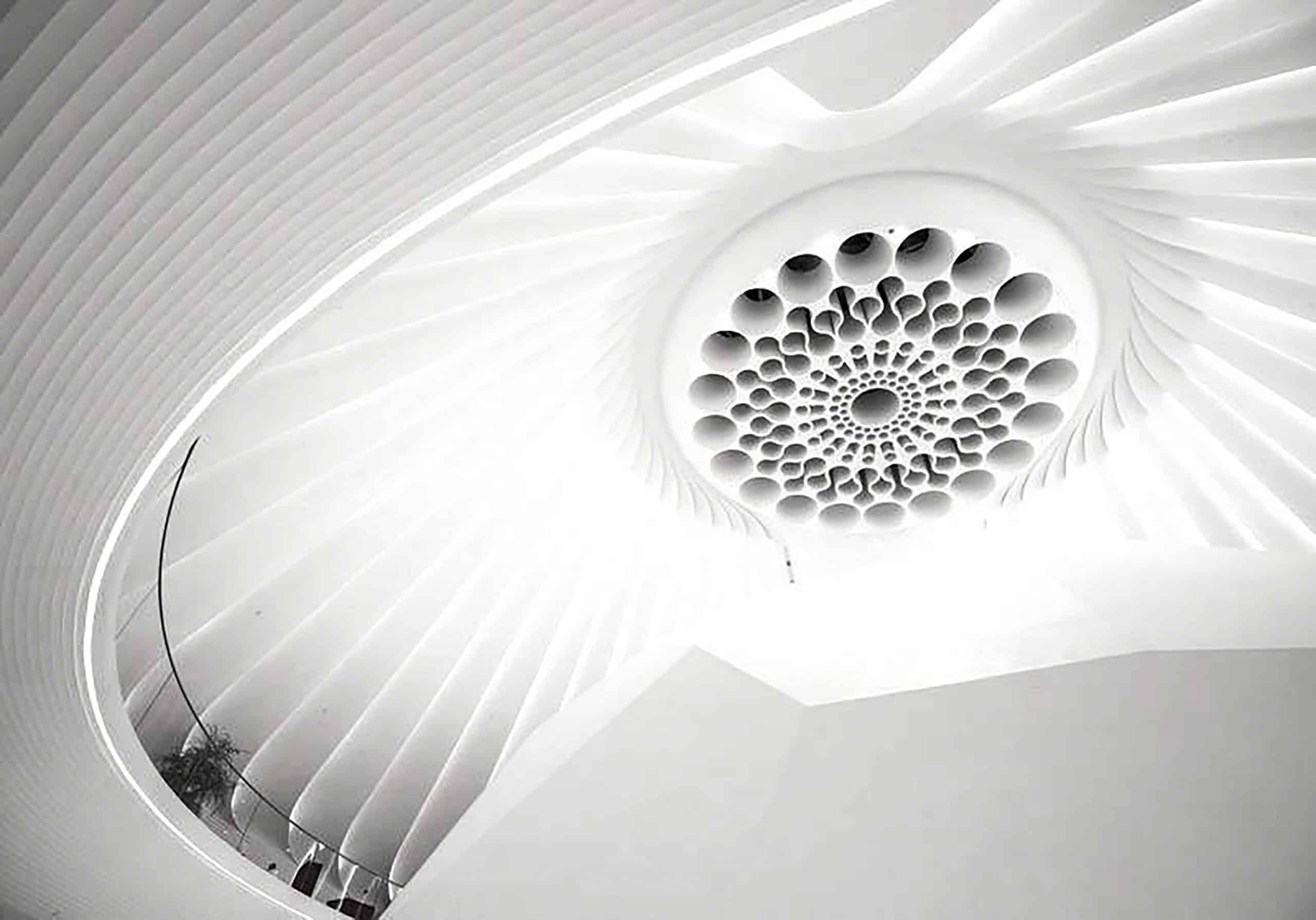 At the Universal Exhibition in Paris in 1937, the Russian and German pavilions face each other and the architect Adolf Loos spies on the Soviet model to raise his proposal above it. Saving distances, it is curious that two neighboring nations that until recently had no diplomatic relations – the Emirates and Qatar – chose Calatrava to design their proposals. 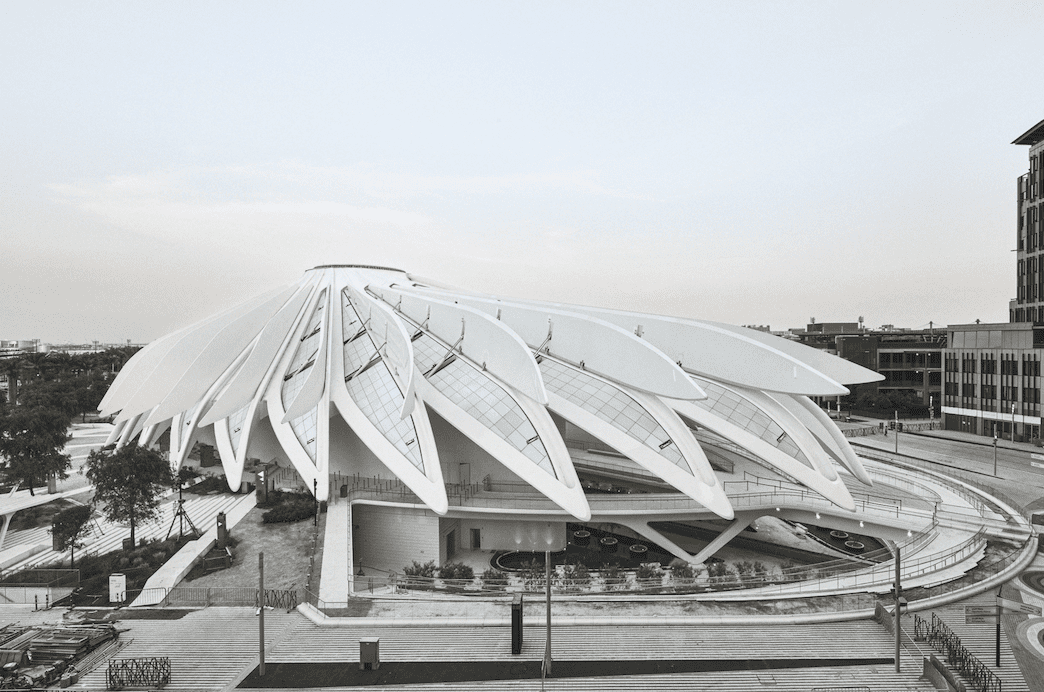 One can imagine the zeal to have a better pavilion. The host wins (in both pictures), with a structure in the shape of falcon’s wings – a national symbol – which spread out. 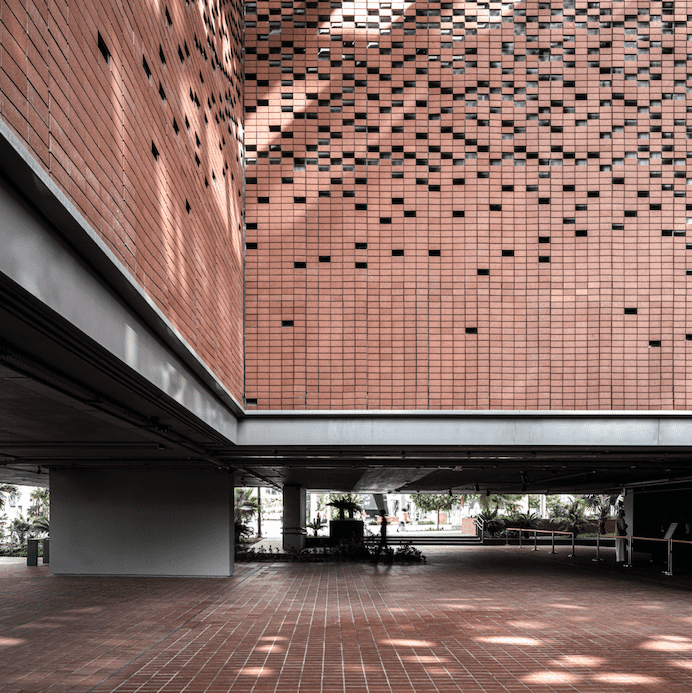 One of the best proposals of this edition is the Opportunity Pavilion. The sympathetic simplicity of its formula and the conceptual link with the major postulates of Sustainable Development of the United Nations – which have their pavilion here – conceal a welcoming humanism. Its leaders are the Hispano-Kuwaiti studio AGI Architects. Developed as a place or a forum, a space open to dialogue and exchange without distinction of cultural or social origin, it is therefore a symbol of opportunity for growth and positive progress. This pavilion seeks to show how our actions have an impact on the world, in the present, but also in the future. The main material is terracotta, and its upper deck is composed of translucent-textured rectangular planes that overlap and rise like “the clouds and dreams we all have to create a better world”, explain the architects. 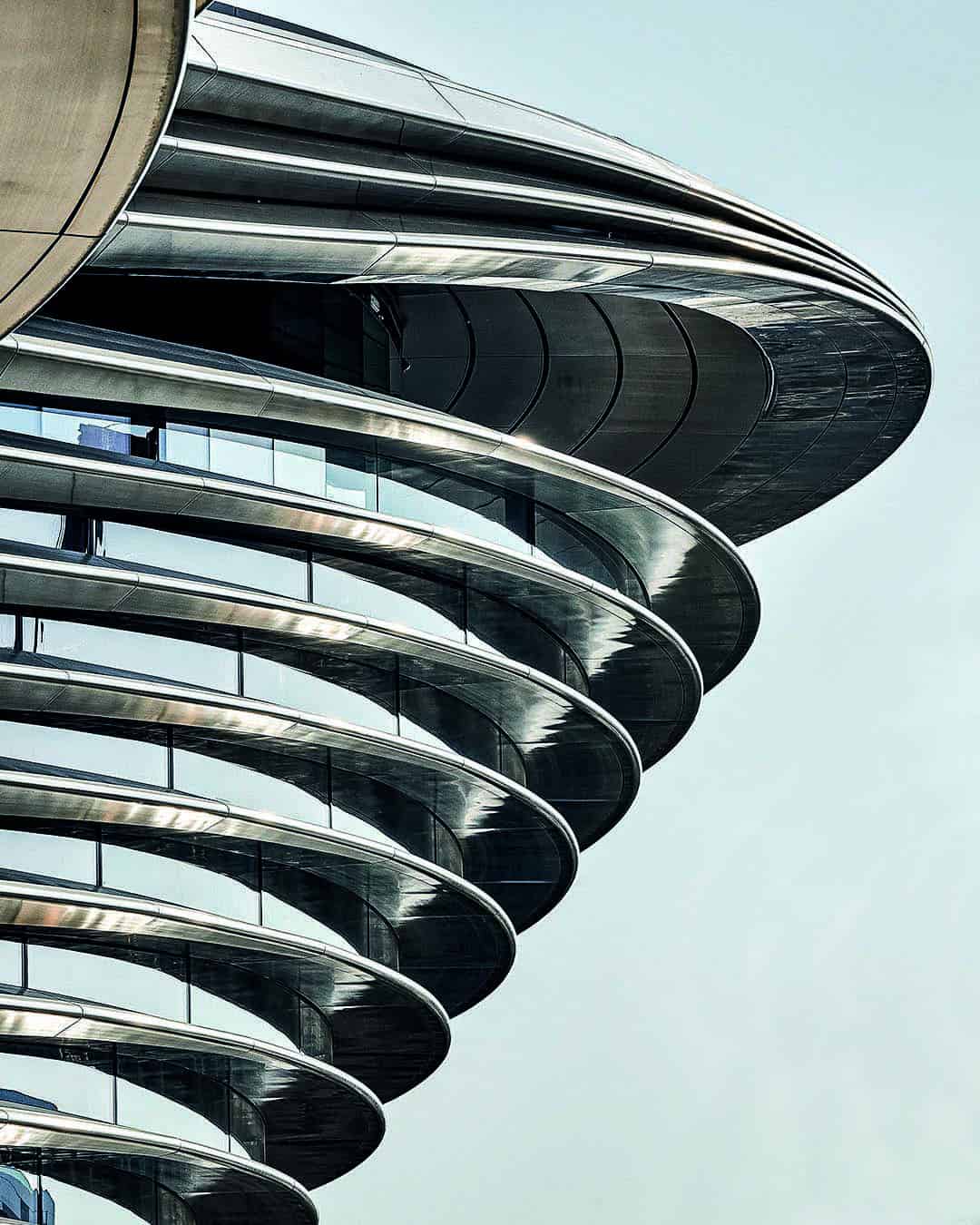 Digital challenges the importance of transport, as we have seen during the pandemic. However, for the United Arab Emirates – a major oil producer – survival is a vital issue. Even through the new hybrid and purely electric mobility strategies, the Persian Gulf countries – Saudi Arabia, Kuwait and Qatar – seek to maintain their hegemony in the energy and transport sector. This is why one of the main pavilions is this one, created by Norman Foster, a spectacular building in which one speculates on autonomous transport, space exploration, robotics, data exploitation or the form that the cities of the future from the perspective of mobility. 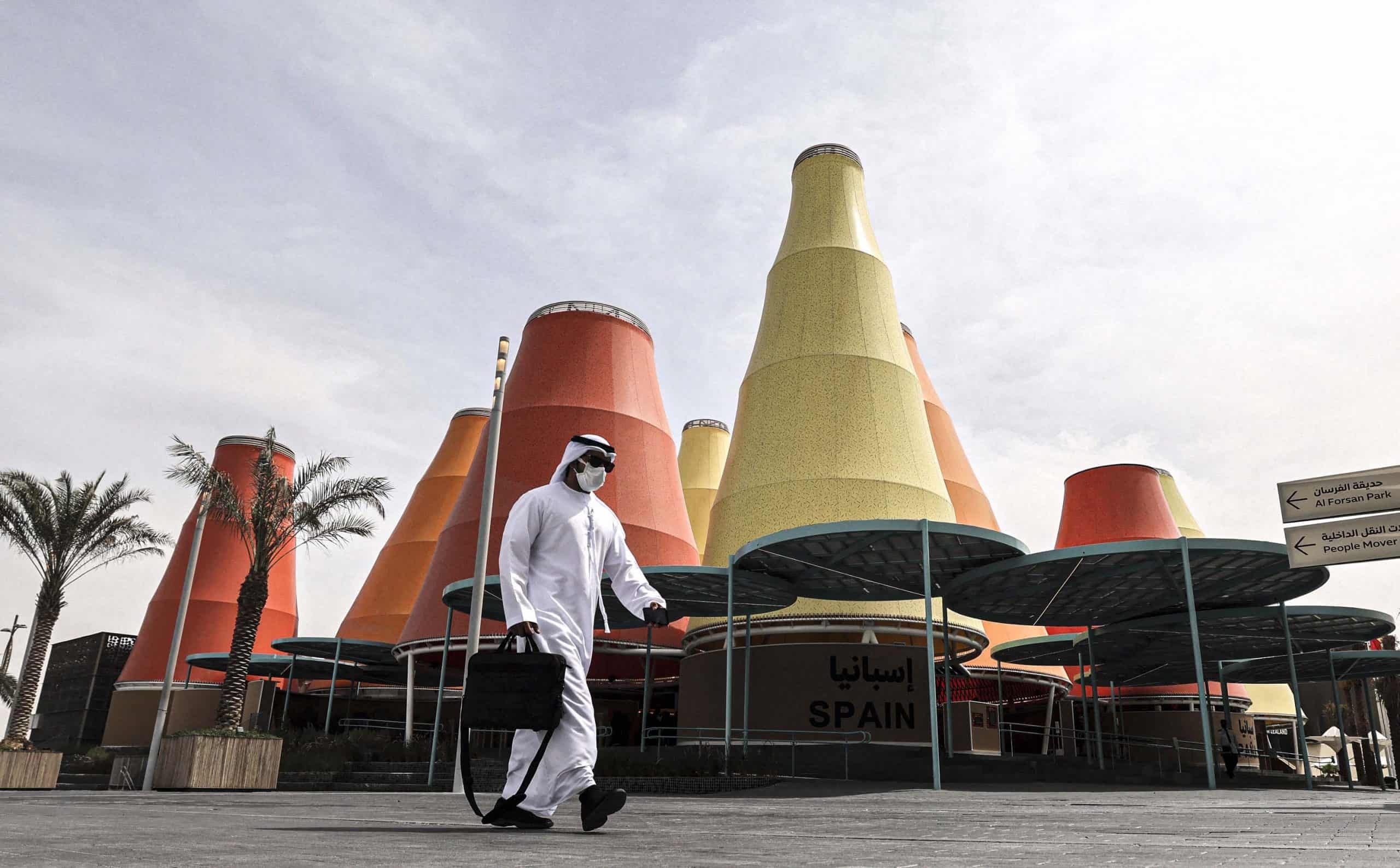 Visitors explore the Spanish pavilion at Expo 2020 in the Gulf emirate of Dubai on October 3, 2021. (Photo by Karim SAHIB / AFP) (Photo by KARIM SAHIB/AFP via Getty Images)

The Spanish Pavilion is smart and bold in its simplicity, as well as its honest and iconic aspects, which are increasingly popular in design and architecture. You don’t have to go overboard to grab attention. 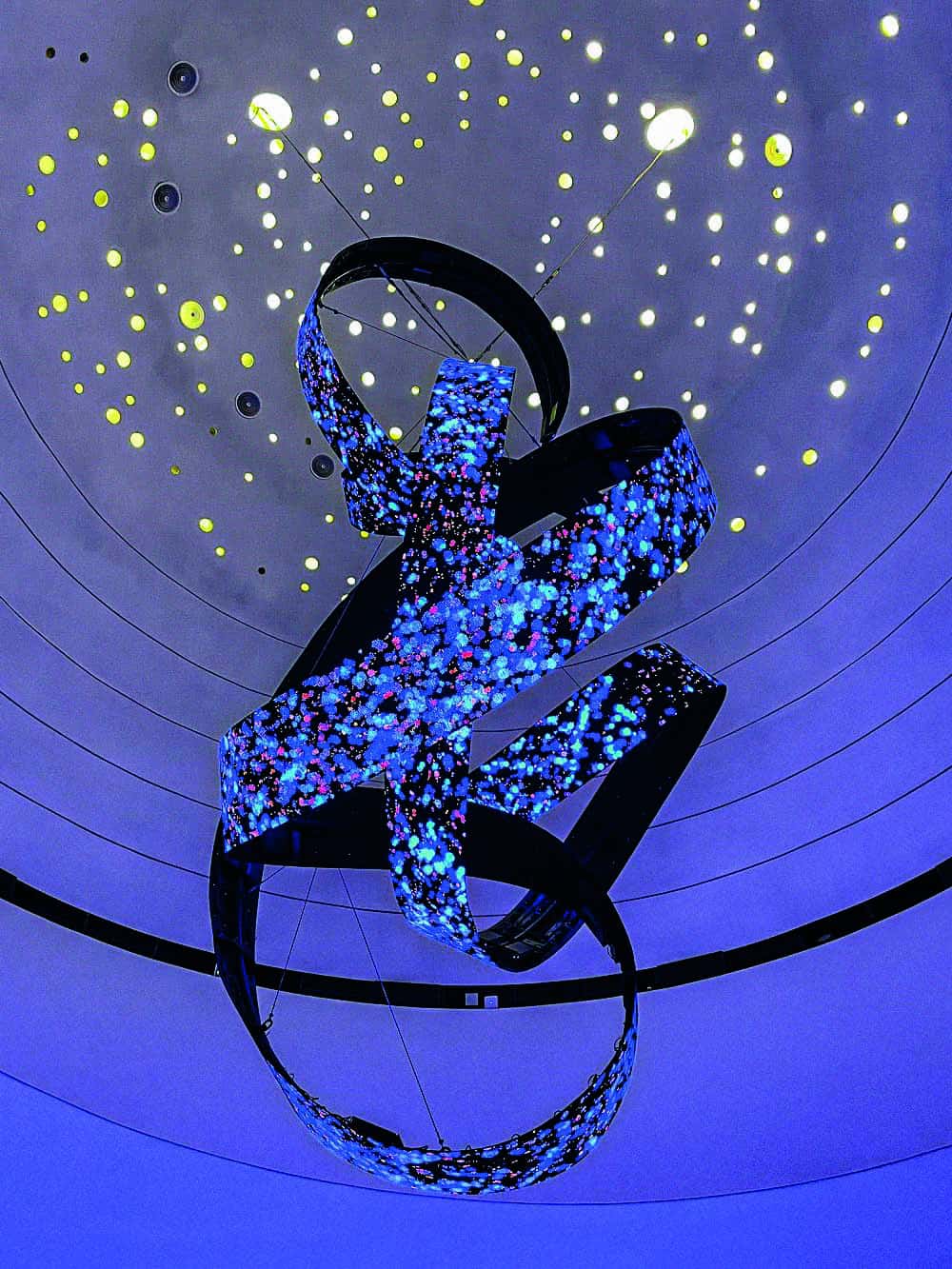 Among its content proposals -what really matters- are those oriented towards sustainability and health -with many start biotechnological –, or mobility-oriented – promoting the model of hyper loop created by Zeleros–. It also highlights Spanish creativity, with an educational and artistic program that highlights the digital and interactive sculpture of Daniel Canogar (right). 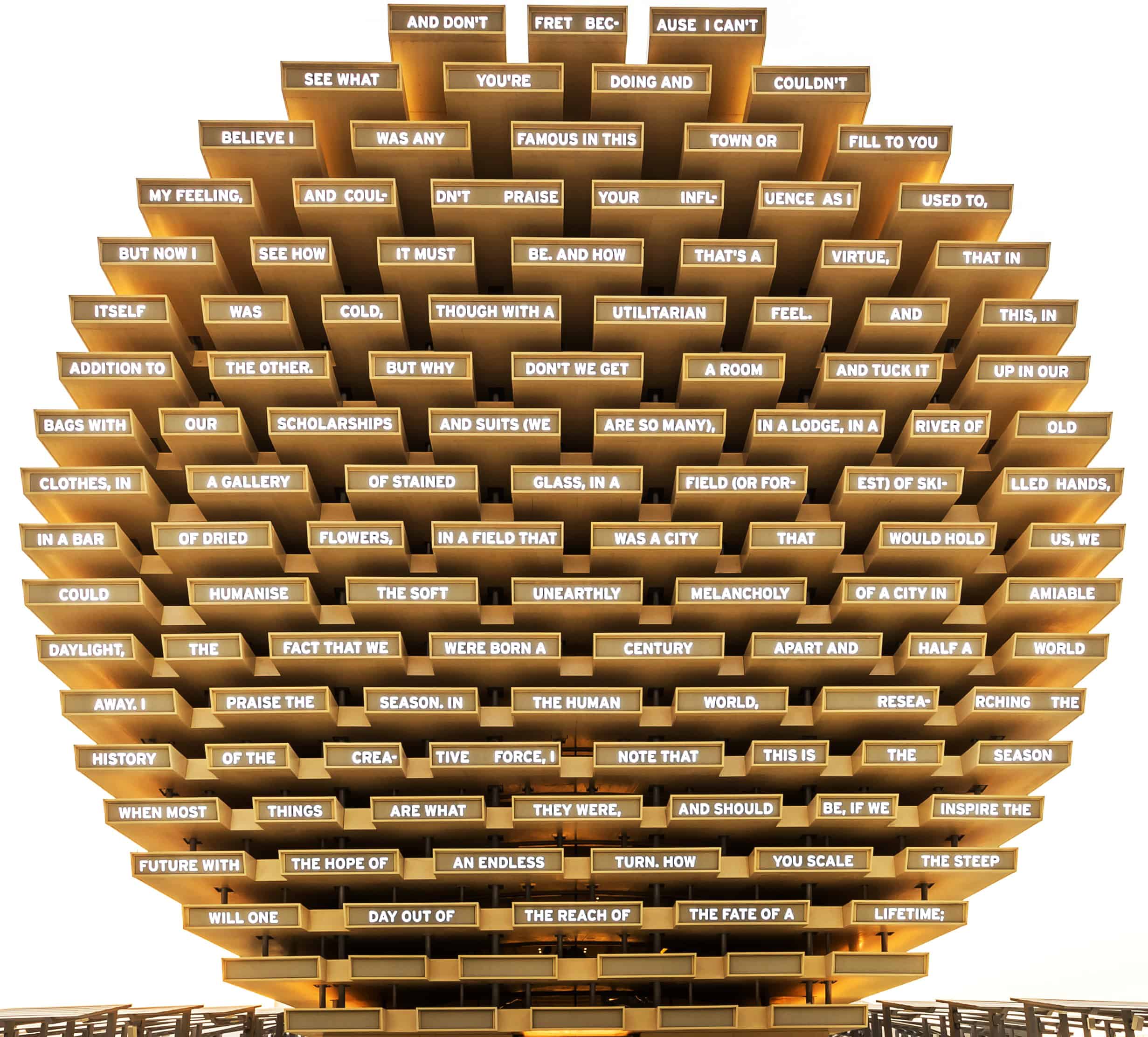 Unclassifiable artist, scenographer, choreographer and sculptor, Es Devlin has worked for U2, Miley Cyrus, Jay Z or Beyoncé by imagining sets. That the United Kingdom chose her to create such a poetic pavilion as the one she presents in the exhibition shows her courage and saves an aspect – that of public art in Dubai 2020 – which the organizers have reduced to a few sculptures. kitsch. 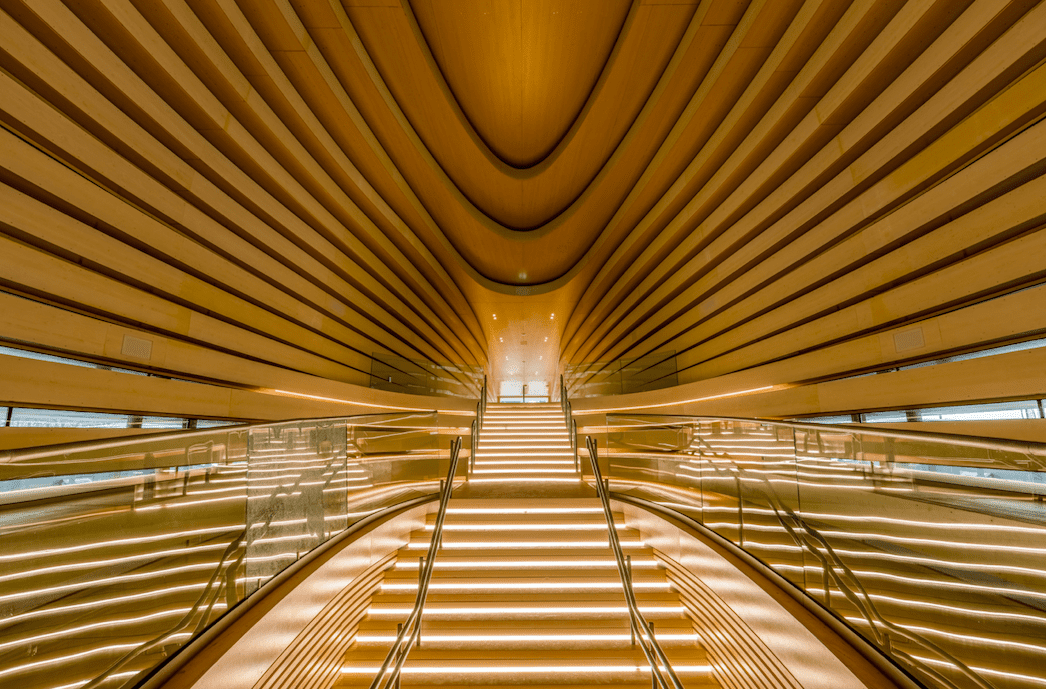 Inspired by scientist Stephen Hawkins’ idea to hold a contest to decide what message to send into space, Devlin created a formula for visitors to participate in creating that message. 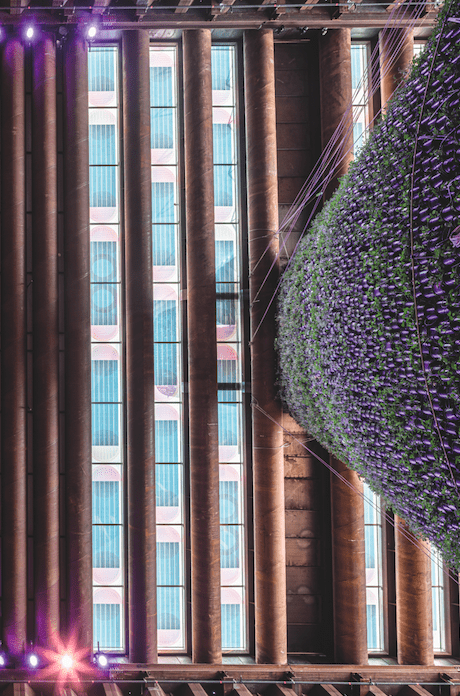 Both are small countries that, thanks to their economic and social policies, repeat themselves in the panels of the most advanced democracies. One of their characteristics is the development of innovative and daring solutions that propel them one step ahead of the rest. In Dubai, the two opt for pavilions that symbolize their ability to turn necessity into a virtue: ecological transformation. 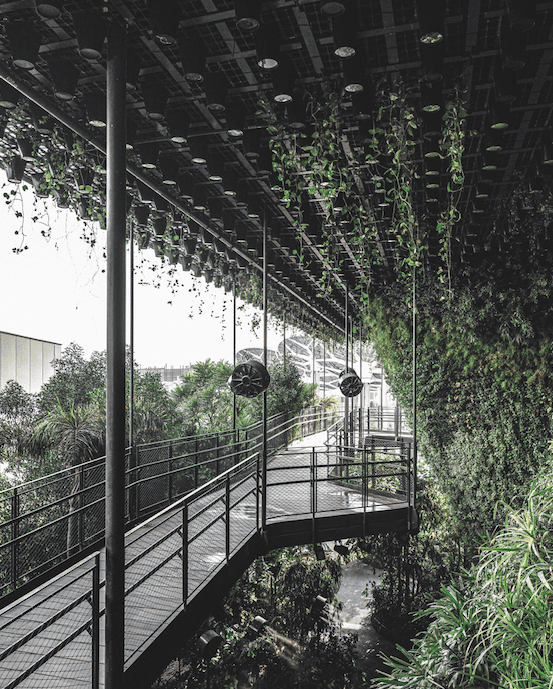 The Netherlands built (left) a biotope that generates water and grows food, contributing to the thermal balance of the space and its visual design. As for Singapore (right), it is also activating a self-sufficient circuit of energy, nature and resources managed by robotic technology, building a huge hanging garden. A beacon of hope and life in the desert of Dubai. 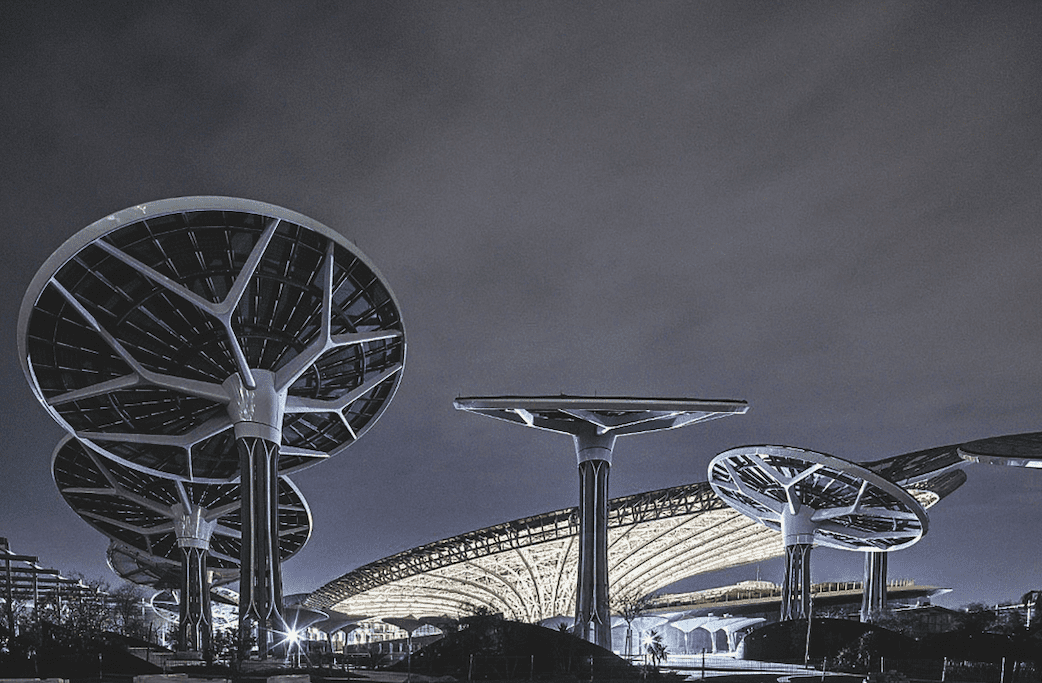 Made up of elements that look like intergalactic communication antennas – inspired by local trees called Sangre de Dragón – they are actually giant umbrellas that maximize shaded spaces and renew natural resources. Photoelectric panels capture sunlight to generate power, and the larger central structure uses suspended moisture for water as well as cooling the air. 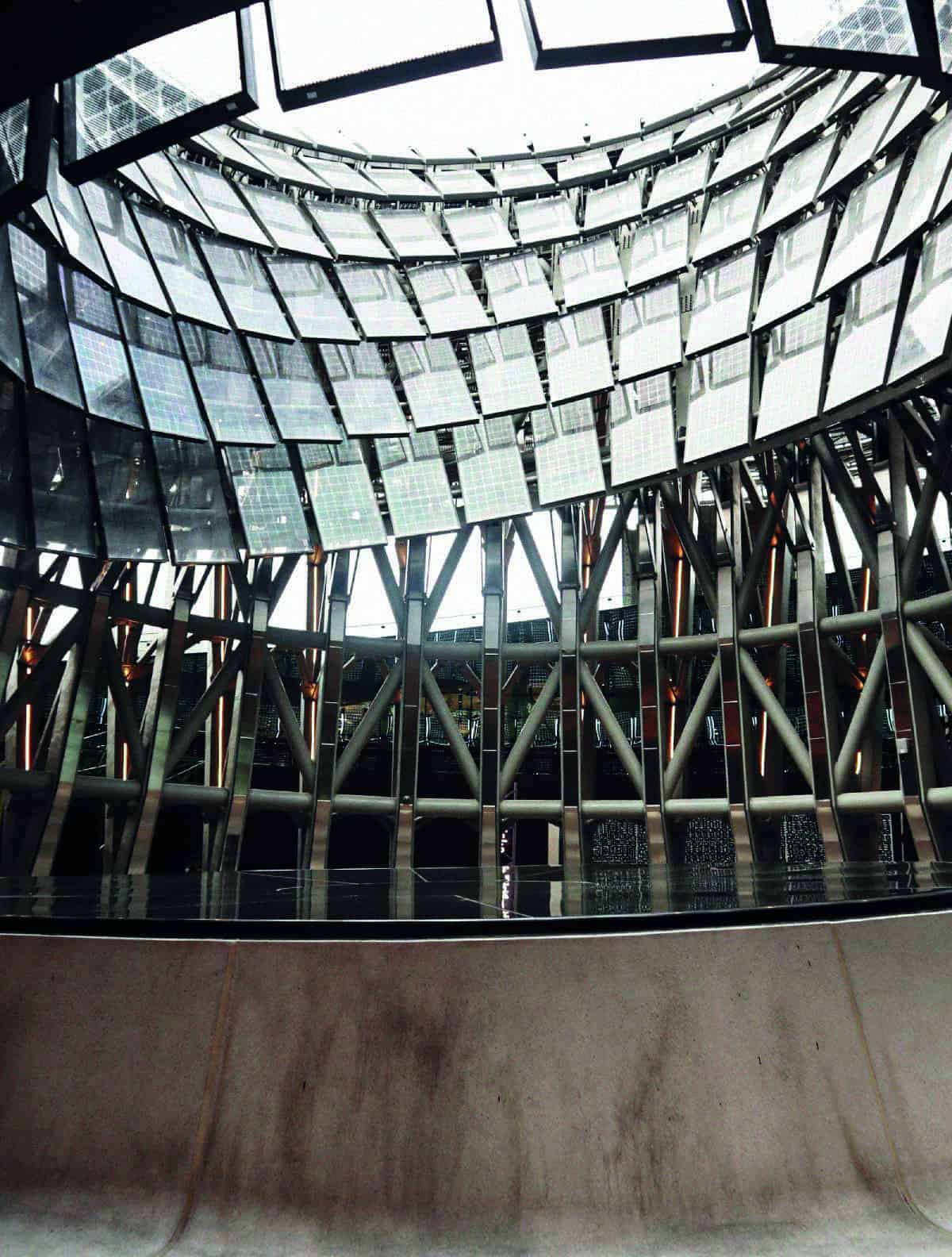 The bowels of the Pavilion of Sustainability host various exhibitions on the enhancement and richness of natural spaces. 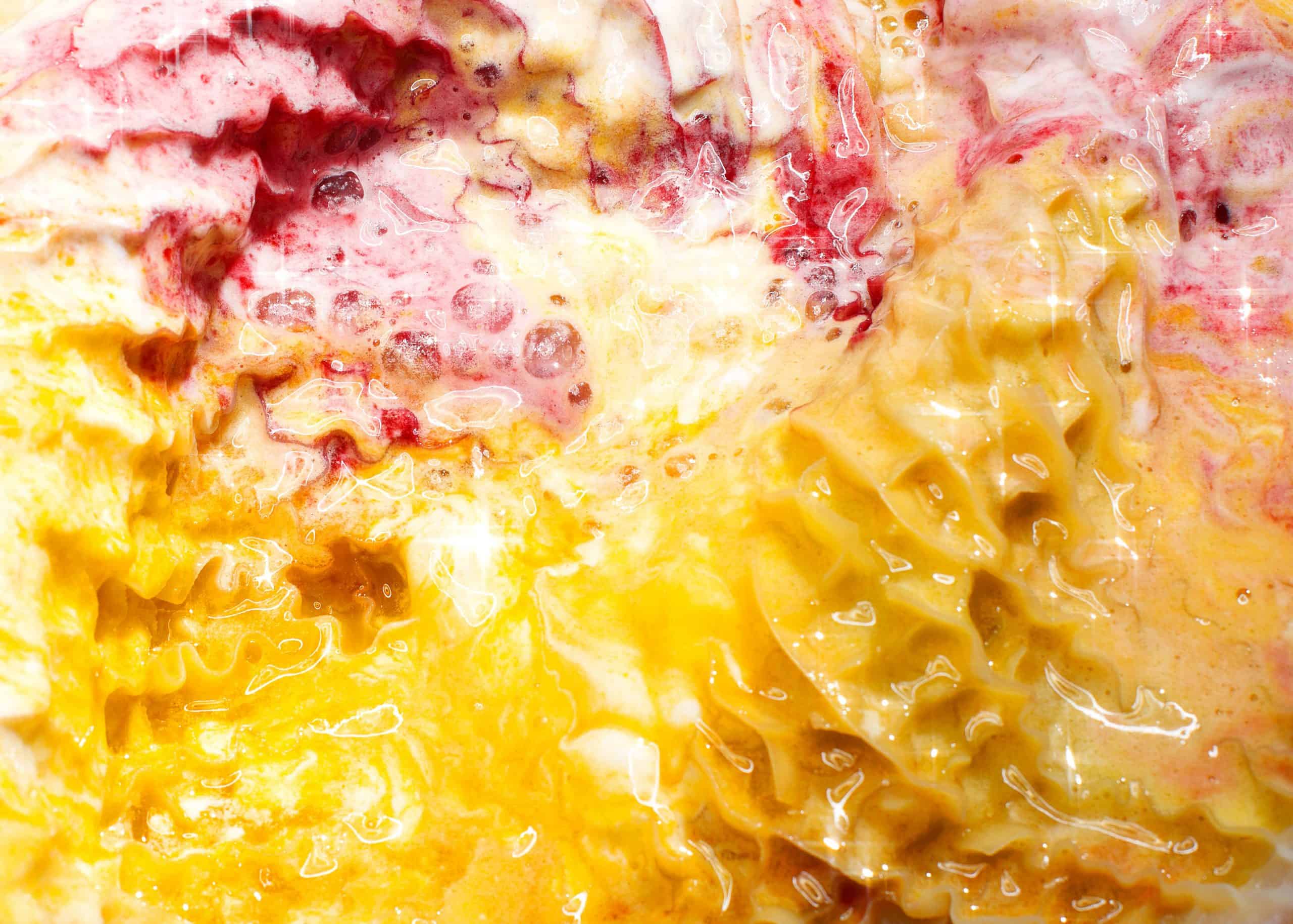 On a digitized planet where the threat of the metaverse seems ever closer, one of the few certainties we have left is our sense of taste. The virtual experience and the sublimation of the palace fly over Dubai 2020, the first because of its absence: it is strange that a technique as futuristic as augmented reality, which allows elements to be visualized that are not present with a mobile phone , is no more relevant in this meeting dedicated to technological advances. Virtual reality also does not seem to be part of the future according to the participating countries and companies, which continue to bet on physicality. Still unmissable, the flavors seduce the visitor to the Jubilee Gastronomy restaurant, where international chefs are invited to present their work and the dazzled Spanish chef Paco Pérez in November. Also note the imaginative menu based on the sensory design of Bompass&Parr.