Skip to content
People walk near the Colosseum without wearing face masks on the day the Italian government lifted the requirement to wear masks outdoors following a drop in coronavirus (COVID-19) cases, in Rome, Italy, February 11, 2022. REUTERS/Guglielmo Mangiapane

Even though the United States Centers for Disease Control and Prevention (CDC) maintains much of Europe, even the countries most frequently visited by tourists, at risk level 4, on the old continent the measures have begun to relax, even, for some, more than necessary.

The CDC places a destination as a risk of Level 4 when more than 500 cases per 100,000 population in the past 28 days. The United Kingdom, for example, has been at level 4 since July 19, 2021. This puts England, Scotland, Wales and Northern Ireland in the “very high” risk category for COVID-19, based on US recommendations. The British are added to the same list: France, Germany, Greece, Ireland, Italy, Malta, the Netherlands, Portugal and Spain.

Faced with this drastic situation presented from the United States, in Europe things are seen differently. When the coronavirus pandemic was first announced, Europeans were ordered to stay at home for more than three months. For weeks, he was not even allowed to go outside to exercise. Children were banned from playgrounds and the economy nearly took off. But officials credit the drastic measures with preventing a total collapse of the healthcare system. Lives were saved, it was claimed.

Today, almost two years later, Europe has prepared to adopt a different COVID-19 playbook. With economies battered by the pandemic, governments are laying the groundwork to treat the next wave of infections not as an emergency but as a disease that is here to stay. Movements similar to those already carried out in Portugal and the United Kingdom are envisaged. 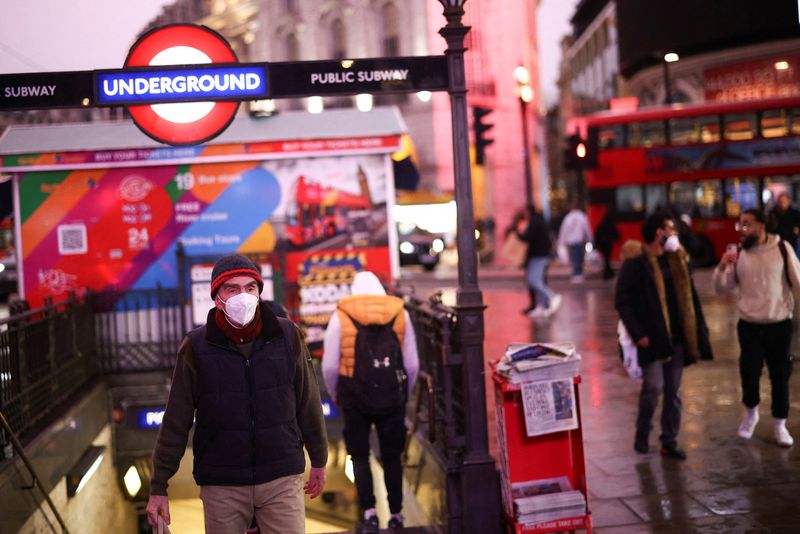 The idea is to shift from crisis mode to containment mode, tackling the virus the same way countries deal with flu or measles. This means recognizing that an infection will occur and providing additional care for those at risk and for patients with complications. The World Health Organization (WHO), for its part, said it was too early to consider immediate changes. It has no clearly defined criteria for declaring COVID-19 an endemic disease, but its experts have previously said that will happen when the virus is more predictable and there is no ongoing outbreak. . “It’s a somewhat subjective decision because it’s not just about the number of cases. It’s a matter of severity and impact,” said Dr Michael Ryan, WHO emergency officer.

Faced with this reality, Europe, with the global number of cases falling, many countries are reducing their requirements for visitors to be tested or quarantined.

The United Kingdom, Ireland, Norway, Denmark, Sweden and Poland, have lifted their COVID-related travel restrictions. Other European countries such as France, Spain, Germany, Austria and Italy have relaxed their border rules but still require tourists to meet vaccination or testing requirements.

An overview of EU travel measures, including information on the EU COVID digital certificate, is available on the European Commission’s website. Detailed information on quarantine rules, testing requirements and all traffic details in the 27 EU member states, as well as non-EU Schengen countries, Switzerland, Liechtenstein, Norway and Iceland, are accessible via the Reopen EU platform. You can also download the Reopen EU app for up-to-date information on the go. 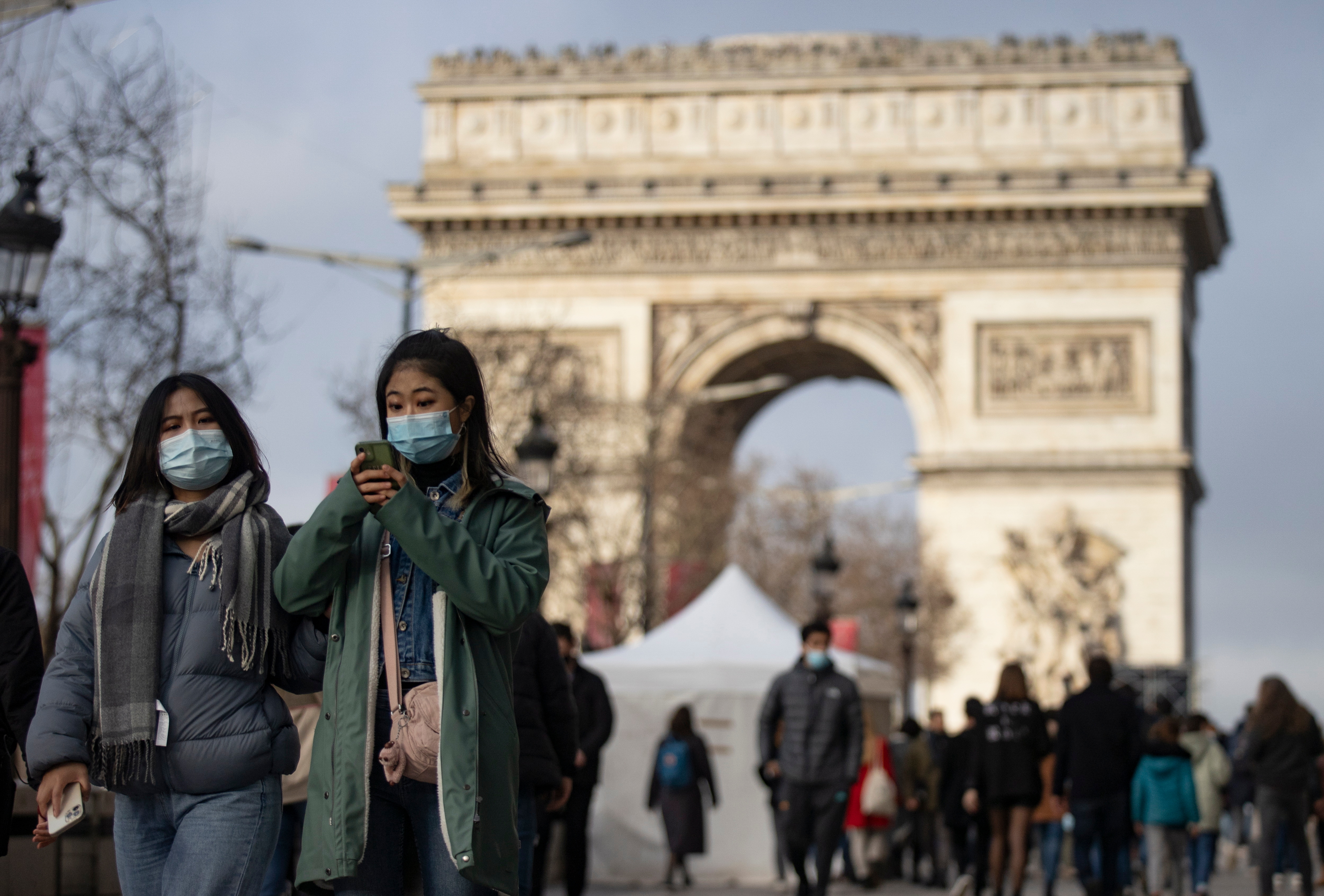 France’s COVID pass, Pass Sanitaire, was launched on June 9 as the country reopened its borders for the summer and the government initially announced that the pass would remain in effect until 2022. President Emmanuel Macron had proposed that COVID passes be used locally until the end of July 2022, but faced backlash as he eased most local restrictions. Thus, traveling to France becomes an increasing possibility: with at least two doses (the last applied less than nine months ago) of EU-authorized vaccines or negative PCR if you are not vaccinated, entry is free and it is not required to present any type of documentation for any internal transit such as museums, hotels or restaurants. Nor in public transport, even if here the chinstrap is always in order.

the UK It had already kicked off by releasing domestic traffic and tourism towards the end of January. Little by little, other countries like Denmark or Iceland quickly followed suit. Additionally, internal restrictions on social distancing and the use of masks have also been removed in these countries.

Spain, In addition to having liberated its borders, next April 20 will be added the cancellation of the compulsory wearing of a mask.

Germany Since March 20, it has removed the obligation to wear masks in closed places such as schools and supermarkets, but they will continue to be compulsory in medical clinics and nursing homes. Germany’s 16 states will have the power to impose restrictions if they identify hotspots where infections and hospitalizations peak. It also freed up entry for travellers. 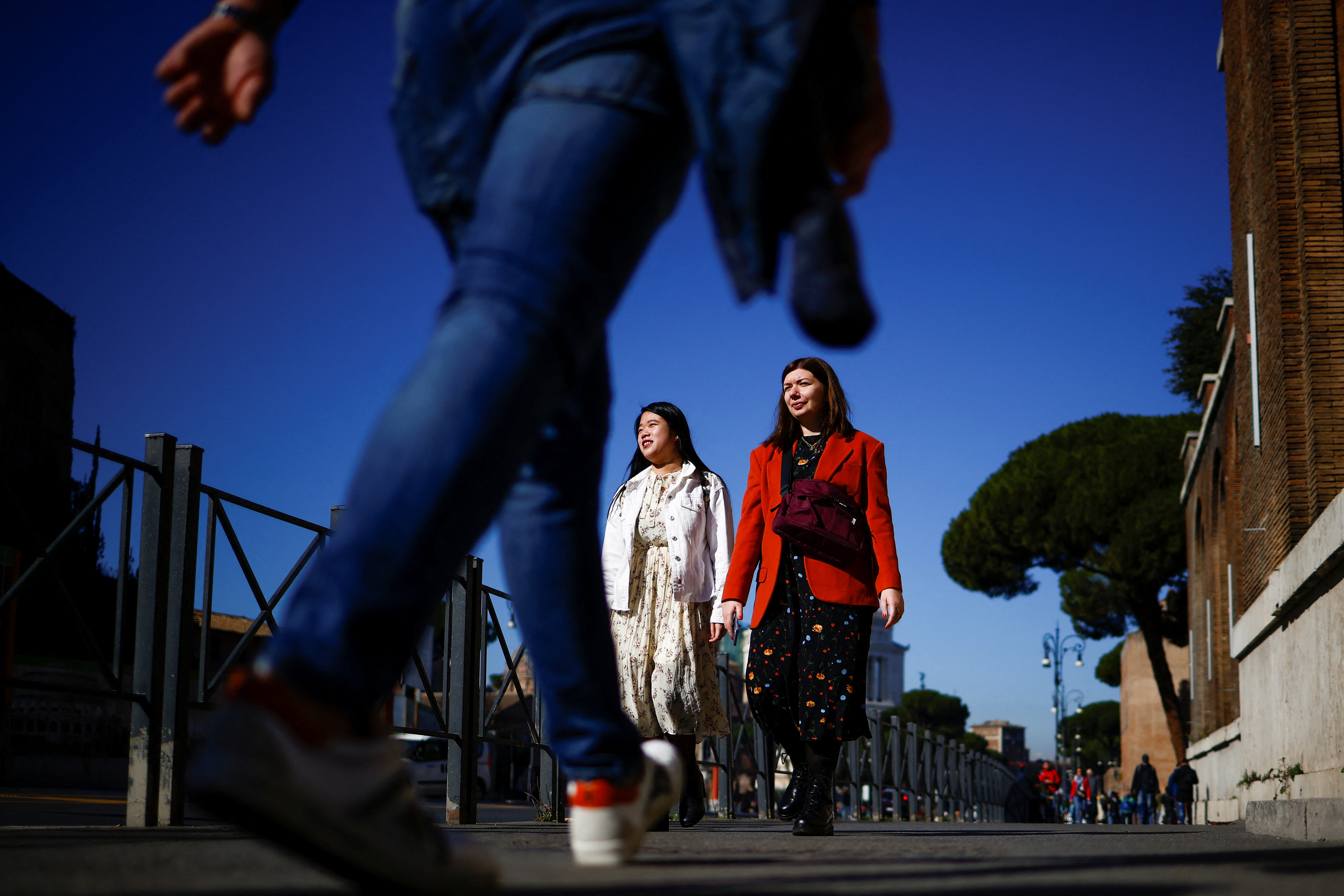 In most cities, you can now walk without a mask in open places on February 11, 2022. REUTERS / Guglielmo Mangiapane

Italy, Meanwhile, since March 1, it has equalized travelers from non-European countries with those from its neighbours, and authorities have moved to scrap the pre-entry testing requirement and the ban on non-essential travel. Only vaccination (no vaccine type restrictions) or recovery certificates or a negative COVID-19 test result will need to be submitted.

Sweden it also removed the ban on non-essential travel from third countries from April 1. This also means that the requirement to present vaccination certificates and evidence when entering Sweden has been removed.

Greece, Switzerland and Austria They are following suit, not only opening borders, but also releasing internal limitations for local traffic and daily life. These same measures had already been taken by Poland, Hungary and Ukraine, which were subject to the pressures of war and refugees but which, in the end, freed up transit for all travellers. 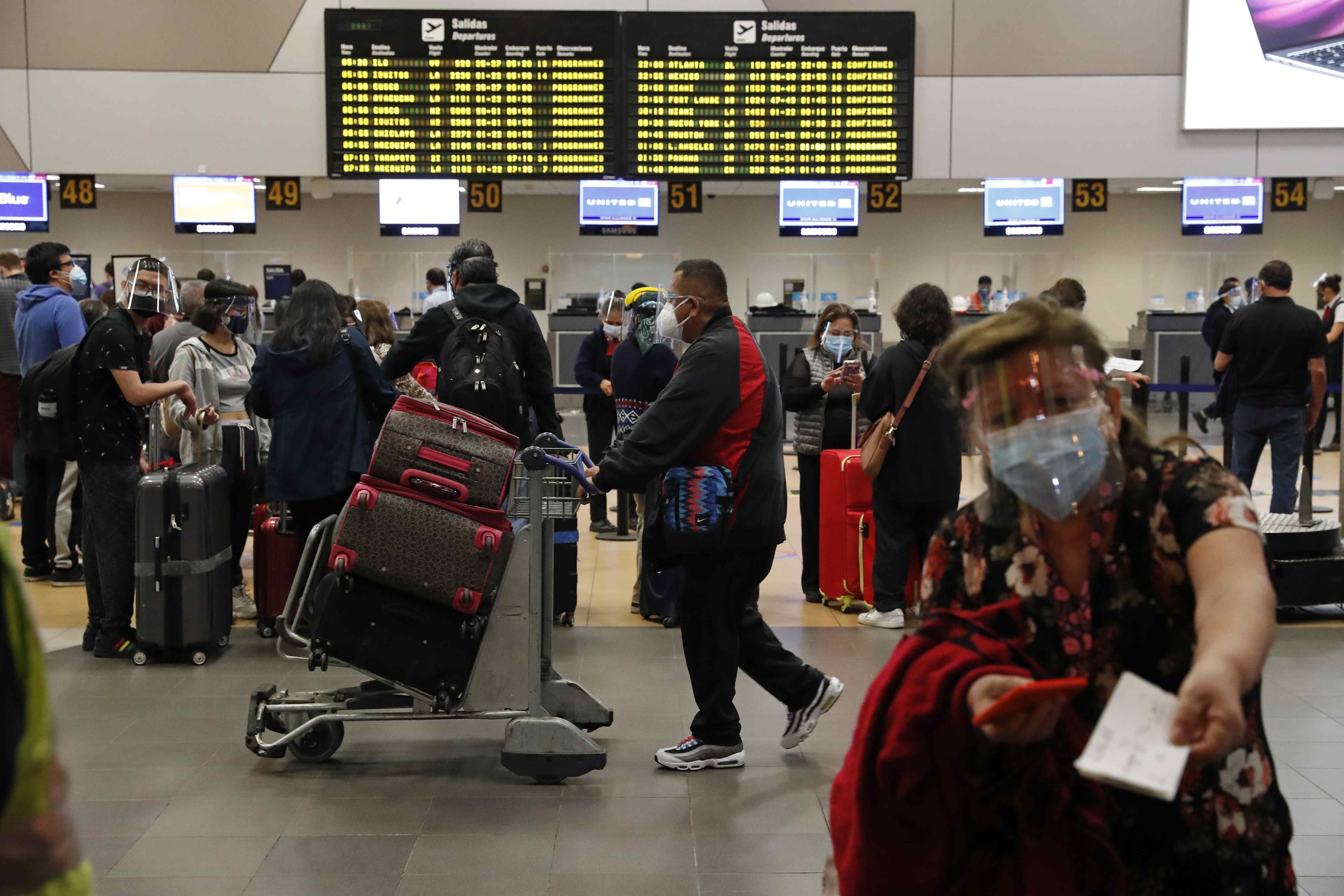 Cyprus will lift COVID-19 conditions for traveling to the island from April 18, although people who have not been vaccinated or have not completed their booster vaccinations will still need a PCR test EFE/ Paolo Aguilar

Cyprus will lift COVID-19 conditions for traveling to the island from April 18, although people who have not been vaccinated or have not completed their booster vaccinations will still need a PCR test , being one of the few countries of the old continent that still imposes certain limitations on the use of chinstraps.