Skip to content
According to official estimates, up to 3 million people traveled to tourist destinations over the long weekend. EFE/Juan Ignacio Roncoroni

A total of 2.6 million tourists traveled through Argentina during Holy Week, spending an estimated $39,736 million in the main tourist sites of the country, according to a report prepared by the Argentine Confederation of Medium Enterprises (CAME). The Ministry of Tourism and Sports of the Nation had estimated a tourist movement of up to 3 million people.

This way the Holy Week holidays are gone a balance of 2,612,000 tourists and 2,350,800 other “excursionists” -which make shorter routes- who have traveled to more than 1,000 cities in Argentina that are part of the national tourist circuit. According to estimates by the entity that groups small and medium-sized enterprises, the total combined expenditure of tourists and backpackers totaled $45,101.3 millionan amount that, at constant prices, meant a growth of 91.1% compared to the same celebration in 2021.

Most of the accommodations were fully occupied, “despite the increase in the para-hotel offer last year, to which was added the return of international tourists and the events and festivities were activated at 100%”, highlights the CAME report.

During the long Easter holidays “37.5% more tourists traveled and 1.4% more hikers”CAME said, as the average stay increased by 10% “and daily expenses increased significantly, beyond the effect of inflation”. “With an average stay of 3.3 days and a daily per capita spend of $4,610, the 2.6 million tourists spent $39,736 million over the weekend, including accommodation, transportation , food and other expenses”Thus, compared to 2021, consumption at constant prices increased by 107.7%, said the SME entity.

In the case of hikers, who “decided to travel to nearby towns for the day in search of entertainment, recreation, sports, religious celebrations or family reunions, they spent an average of $2,282 each , a total outlay of $5,365 million, whose constant prices were 19.9% ​​higher than the same weekend in 2021″. 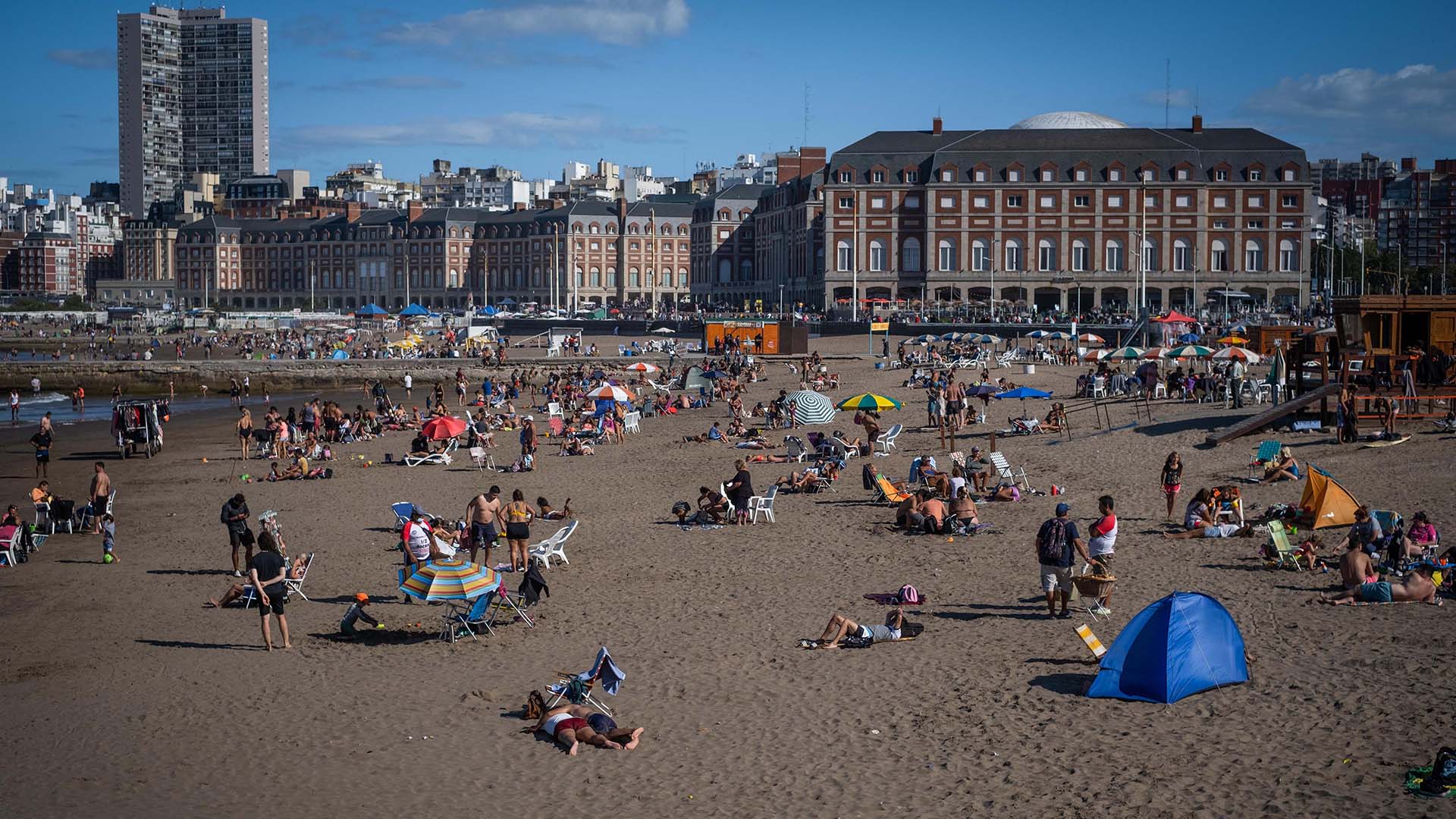 The occupancy rate of hotels on the Atlantic coast exceeded 90%. Photo: Diego Izquierdo/Telam/CF

In addition, “according to the Ministry of Tourism and Sports, approximately 300,000 people have traveled with the Pre-Trip, the program which returns 50% of what has been spent on tourism as credit to be reused in services in the sector such as gastronomy, excursions or tickets, and during this weekend the return of international tourists has been fully noted, especially residents of neighboring countries such as Brazil, Chile, Uruguay and Paraguaywho were present in the big cities and those close to the borders”.

Regarding the job, the highest figures were recorded by the northwestern provinces of Argentina, with an average of 97%; while in the province of Buenos Aires the occupancy was 90%. Likewise, the report points out that Aerolineas Argentinas carried more than 300,000 passengers over the weekend, beating the historic 2018 record.

Regarding occupancy, the highest figures were recorded by the provinces of northwestern Argentina, with an average of 97%; while in the province of Buenos Aires the occupancy was 90%

According to tourism estimates, the region with the best figures is northern Argentina with occupancy figures above 95% in its main destinations such as the city of Salta, Cafayate (Salta), the Quebrada de Humahuaca (Jujuy), Tafí del Valle (Tucumán) or the Termas de Río Hondo (Santiago del Estero).

“This Holy Week marked the definitive resumption of tourism in the city of Buenos Aires at the hands of pre-travel and the return of foreign tourism,” they assured of the tourism portfolio. The most important destinations in the country such as Mar del Plata, Partido de la Costa, Iguazú, Carlos Paz, Merlo, Mendoza, Salta, CABA, Bariloche and El Calafate, had between 80% and 100% occupancy.

Martín Guzmán, before a key trip: the retreat to the coast and the new measures with officials aligned with his plan
More inflation and recession: they warn of the high risks of implementing the agreement with the IMF this year
Because its budget was not approved, Argentina could not comply with one of the directives of the agreement with the IMF
More than 3 million Argentines will go sightseeing during Holy Week: for the government, “this is an absolute record”