UNHCR is calling on the Greek authorities to resolve the situation of thousands of migrants and refugees on the Aegean islands, where the situation threatens “to reach a boiling point”.

The case of the center of Moria, on the island of Lesbos, is particularly worrying. More than 7,000 people, including a quarter of children, crammed into facilities initially designed for 2,000 people.

“The centers are saturated. Thousands of asylum seekers and migrants, many of them children, live in miserable conditions, insufficient and rapidly deteriorating. Some have been in these centers for more than six months.

UNHCR has also urged the government to “speed up” procedures to facilitate transfers to mainland Greece.

More than 3,000 asylum seekers who have already received authorization are waiting for a transfer, which in August alone about 800 people obtained. Every day more than 100 people arrive.

UNICEF warns of the danger posed to children by increasingly extreme weather conditions.

The United Nations Children’s Fund assures that the increase in extreme weather events, such as this summer’s heat waves, the fires in the United States or the floods in India, are a “raw view” of the world we leave it to future generations. .

“Children will pay the highest price”They say in a statement. These extreme events contribute to the increase in cases of malnutrition, malaria and diarrhoea. 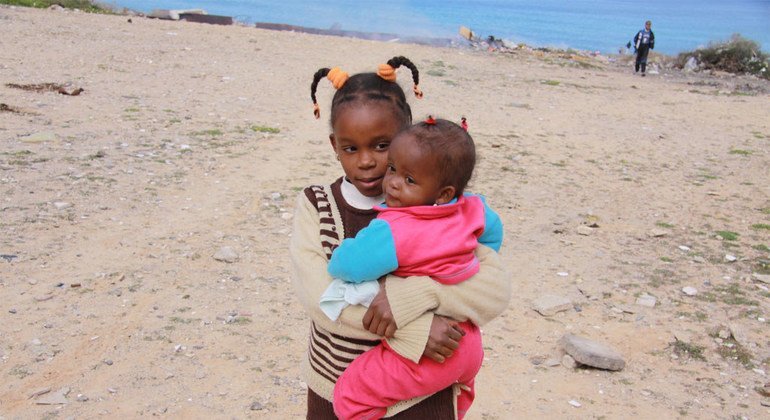 At least 30 people have been killed and 75 injured in fighting between militias in southern Tripoli, the worst in the Libyan capital since the conflict began in 2014. IOM says the fighting has forced a move to nearly 6,000 people.

The Organization provides mattresses, blankets and hygiene kits to Libyan families staying in a school in Tripoli.

They also assist migrants who have been expelled from detention centers in the south of the city and relocated to other neighborhoods. IOM is working with UNHCR to expedite the voluntary returns of these migrants to their countries of origin. 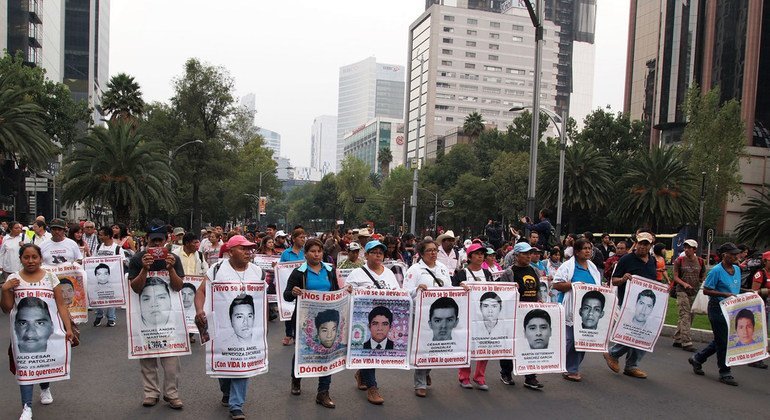 And in Mexico, relatives of the disappeared and collectives gathered yesterday in the capital to demand justice in the International Day for Victims of Enforced Disappearances.

In Mexico are 37,000 people missing. Beatriz Flores has been looking for her children since 2012. “We demand the right of our children to be searched, found. We wouldn’t want to be here, but we do it out of love for them,” she said. “If my children, José, Martín, Jorge, Manuel and José Luis, listen to me, do not be afraid, we continue in their search.”

The UN mission in Nicaragua must leave the country

The Regional Office for Central America of the Office of the United Nations High Commissioner for Human Rights said in a statement on Friday that the Nicaraguan government terminated the invitation to the mission who was in that country to accompany the Verification and Monitoring Commission, made up of representatives of the National Dialogue.

The mission had arrived in the country on 24 June 2018 and communicated the departure of the team present in the country by September 1. The letter sent by the Ministry of Foreign Affairs of Nicaragua ends the mission on August 30

Guatemala will not renew the mandate of the CICIG

The Commissioner of the CICIG, Iván Velásquez. Photo. CICIG

Guatemalan President Jimmy Morales sent a letter to the UN Secretary General asking for the non-renewal of the mandate of the International Commission against Impunity (CICIG).

Commission spokesperson Matías Ponce assured the press this Friday that they were “on hold” and thanked journalists, civil society and the international community for the support given to CICIG Commissioner Iván Velásquez .